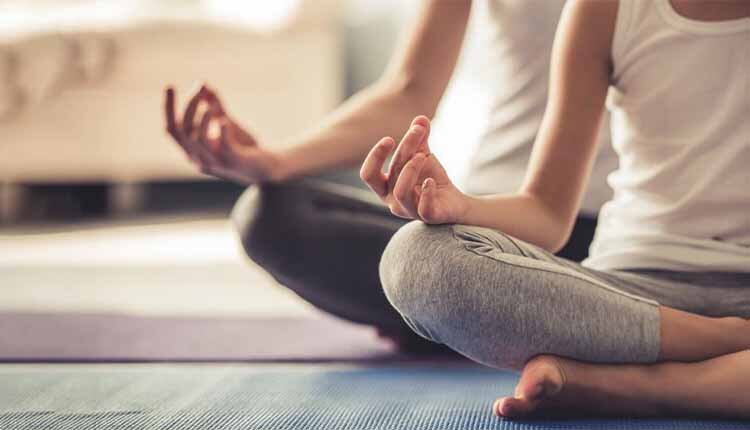 Iranian police have arrested 30 men and woman for taking part in a private yoga class in the city of Gorgan, in the north of the country for wearing 'inappropriate clothing' (stock photo)

A judicial official in northern Golestan Province announced on Friday, May 24, that 30 men and women have been detained for attending a mixed-gender yoga class.

The assistant prosecutor of Golestan Province said that 30 unidentified men and women in “inappropriate clothing” were arrested at the home of a person who will be prosecuted for allowing unlicensed yoga to occur there.

In comments carried by the state-run Tasnim news agency Masoud Soleimani said that an unnamed individual published an ad in his Instagram account setting up a yoga training class for men and women at his own residence. A number of men and women found this interesting and communicated with the aforesaid individual.

“The person did not have a license to operate yoga classes in residential premises in the province of Golestan.”

“Men and women took part in this class in his private home wearing inappropriate clothes and behaving in abnormal manners!” Masoud Soleimani said.

The judicial official has not elaborated on the nature of the ” abnormal manners.” However, the judiciary did say that charges have been filed against the yoga instructor and the 30 individuals attending his class.

The legal deputy of Golestan province’s judiciary branch insisted that there should be more detailed monitoring and control of the internet, and especially social media platforms, to, as he put it, “catch lawbreaking misusers and punish them for their crimes.”

The arrests come just a day after the social media accounts of three prominent Iranian street musicians were apparently seized by authorities in the country for publishing “criminal content”.
The three artists, who had some 174,000 followers between them before their accounts were taken down, posted videos of their performances to the social media platform.
Meanwhile, singer Negar Moazzam is currently under investigation after performing for a group of tourists in the country’s Isfahan Province.

Earlier that month, Iran announced the arrest of an unknown number of people for working in ‘un-Islamic’ online modelling networks.

The state-run Tasnim news agency, affiliated to the IRGC Quds Force, reported Saturday, May 1, that the arrests took place in Iran’s central Markazi province. It did not elaborate on the number of detainees, other than to say they had been handed over to the Iranian regime’s judiciary.

General Mohsen Karimi, an IRGC commander in the central city of Arak, said staff at the agencies had been arrested for “promoting vulgarity”, partly through sharing portfolio pictures of models on social media.

Child marriages In One Iranian Province Escalates 1,600 In Just One Year