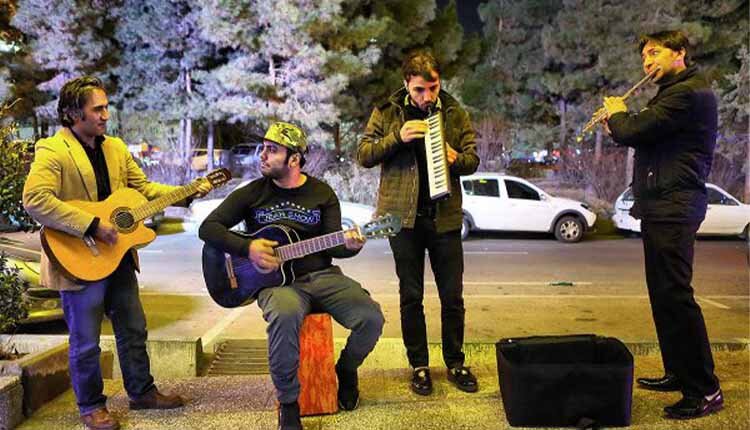 Asou Kahzadi, Naghmeh Morad Abadi, and Mehrdad Mahdi are among the buskers whose Instagram pages were blocked.

The three artists, who had some 174,000 followers between them before their accounts were taken down, posted videos of their performances to the social media platform.

A notice was posted on each of the accounts on Thursday which read: “By the order of the respectable judicial authority, this web address has been seized due to publishing criminal content and those involved in the crimes noted in the case are being prosecuted”. Shortly after, the accounts became inaccessible.

Iranian cyber police, known by its Persian acronym as “FATA” in Iran, has declared that it is filing a lawsuit against the owners of the banned accounts on Instagram.

It has not elaborated on the nature of the “contents” presumed “criminal.”

However, a look at the three street musicians’ pages, which are still available outside Iran, only show pictures of the banned musicians playing their instruments, here and there.

Recently, Prosecutor of Isfahan reported of filing a case against a female singer “Negar Moazam,” for a solo performance during a sightseeing tour of the village of Abyaneh.

Negar Moazzam sang for a group of tourists in the historic village of Abyaneh last week, wearing the traditional costume of that part of Isfahan Province, until local Cultural Heritage Organisation staff cut short her performance

While Instagram is the only Western app in Iran still tolerated by the regime authorities, there had been numerous reports on blocking pages on the popular app for carrying “criminal contents” or arresting people by the cyber police and judiciary.

The regime carried out one of its latest series of arrests targeting online modeling. The state-run Tasnim news agency, affiliated to the terrorist IRGC Quds Force, reported May 18, that the arrests took place in Iran’s central Markazi province. It did not elaborate on the number of detainees, other than to say they had been handed over to the Iranian regime’s judiciary.

General Mohsen Karimi, an IRGC commander in the central city of Arak, said staff at the agencies had been arrested for “promoting vulgarity”, partly through sharing portfolio pictures of models on social media.