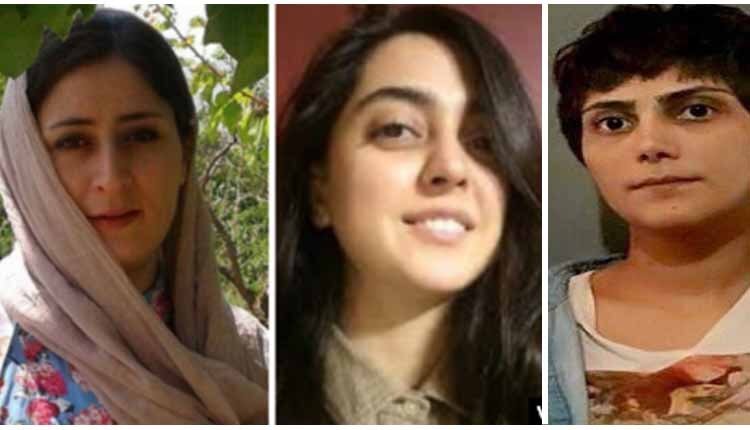 Five women activists are held in prison under deplorable conditions for demanding their own and their people’s human rights.

Three women activists were arrested during an International Workers Day protest demonstration on May 1, 2019, in Tehran across from the Iranian parliament.

Marzieh Amiri, Neda Naji, and Atefeh Rangriz were among 15 activists who were brutalized and arrested by security forces in the May Day demonstration in Tehran.

The detention warrants for Neda Naji and Marzieh Amiri have been extended for another month and the warrant for Atefeh Rangriz has been turned into bail but prison authorities are preventing her release for various reasons, claiming that a new charge has been added to her case.

Marzieh Amiri is presently detained in the general ward of Evin Prison.

Neda Naji has completed her interrogations but is presently detained solitary confinement.

Atefeh Rangriz has been returned to the Shahr-e Ray Prison for women in Varamin after finishing her interrogations.

In other news on women activists, Evin Prison authorities have been preventing transfer of Sanaz Allahyari to hospital despite her deteriorating health conditions.

Sanaz Allahyari, a member of the editorial board of GAM magazine, has become seriously ill during five months of detention. She has become extremely weak, her limbs shake, she suffers from GI problems and bad stomach ache, but her illness has not been diagnosed.

Sanaz Allahyari was taken to the prison’s dispensary last month, but the medications prescribed for her worsened the shaking and weakness of her body and limbs. She has lost 10 kilograms. Despite efforts of her family, prison officials have been preventing her transfer to hospital to receive the medical treatment she badly needs.

Former political prisoner Saba Kord Afshari, 19, was rearrested on June 1, 2019. A women’s rights activist, she has been sentenced to one-month prison. The charges she was informed of included promotion of “corruption and prostitution through removing the veil and walking without the veil, anti-regime propaganda, having contacts with groups opposing and planning for the soft overthrow of the regime, as well as collusion and association against the state.”

After being held in solitary for ten days in Vozara Detention Center, Saba Kord Afshari was transferred to the Quarantine Ward of Qarchak Prison on Tuesday, June 11, 2019.

Saba Kord Afshari, 19, was arrested during the protests in August 2018, and sentenced to one-year in prison.

Rasoul Sanaii Rad, political deputy in Khamenei’s politico-ideological bureau, admitted that about 28 per cent of those arrested in the uprisings in August were women. (The state-run Mehr news agency – August 15, 2018)