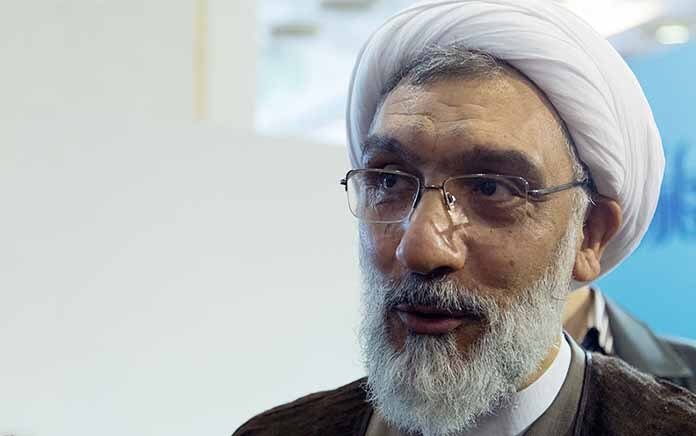 Mostafa Pourmohammadi, former judiciary minister in the cabinet of Hassan Rouhani, President of the mullahs’ regime in Iran, blatantly defended the 1988 massacre of political prisoners in Iran.

When asked by the state-run Mosalas Magazine about the 1988 mass executions and the “slander” directed at the regime for the massacre, Mostafa Pourmohammadi, who was pivotal in the executions in Tehran, said that the regime was “at war” and no one should expect it to follow “legal procedures and consider citizen’s and human rights” at a time of war.

He called the People’s Mojahedin Organization of Iran (MEK), whose supporters and members were the main victims of the mass executions, “the worst kind of enemy”.

“They have destructed our image in the whole world. In the past 40 years, nothing has happened against us that the Monafeghin (derogatory term used for the MEK) did not play a direct role in”, the former Minister of Justice said.

In August and September 1988, thousands of political prisoners were executed under Khomeini’s fatwa (religious order), pursuant to the intelligence and judiciary authorities’ decisions. At the time of the mass executions, the victims had already served, or were currently serving, their prison sentences.

Pourmohammadi was a member of the notorious “Death Commission” that sent the political prisoners to their deaths.

Earlier in March, Mostafa Pourmohammadi, has acknowledged his crimes during the horrendous summer 1988 massacre.

“This is an active case. This dossier is now very much alive and the enemy has invested on this issue. And now, discussing this matter would be playing into the enemy’s hands. That is why I haven’t talked about this subject. I don’t know when it would be proper to talk about this matter… and unfortunately, the publication of that tape was literally an act of treason,” Pourmohammadi said in a state TV interview on Friday night. He was referring to the publication of a tape of remarks made back in 1988 by Grand Ayatollah Hossein Ali Montazeri, the then successor of regime founder Ruhollah Khomeini, who criticized the regime’s genocide in prisons throughout the country.

“… it was a betrayal to the revolution and [Khomeini], and even to Mr. Montazeri. Mr. Montazeri made remarks, good or bad, wrong or whatever. He made a decision. That meeting and the publication of those remarks led to Mr. Montazeri’s sacking. When people make stupid decisions, seeking to take revenge, they become blind, and can no longer determine what is right or wrong,” he added.

“Well, I defended [Khomeini’s] move. We had a mission in regards to the [PMOI/MEK], back when I was the Revolutionary Court prosecutor. I issued many indictments against the [PMOI/MEK] and sent it to the court. Many of them were condemned, many were executed and many other verdicts,” Pourmohammadi continued.

“Some of the men and others, and reporters, have sought to ask me questions. I have answered that I do not play into the enemy’s hands. Unfortunately, one of the unwise insiders was provoked for an unknown reason and published that tape. There’s no reason that we should be deceived by the enemy’s plans. We should play into their hands. We have much to say and we will say so when the time comes.”