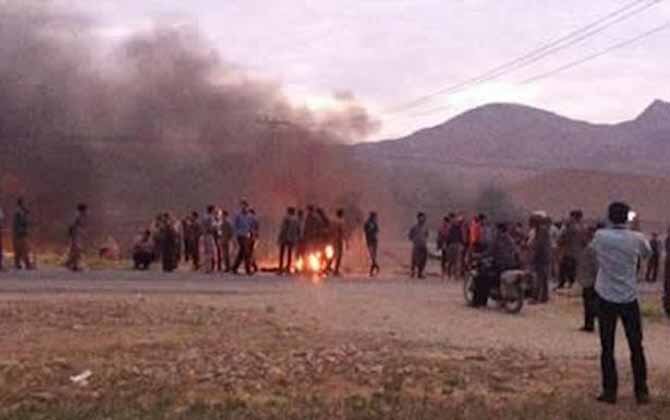 The Iranian regime sentenced 86 people to a total of 2,580 lashes and 344 months of prison for protesting water diversion to an IRGC linked steel mill in Isfahan.

The Borujen Criminal Court in the southwestern province of Chaharmahal and Bakhtiari Province tried 103 protesters for “disrupting public order and peace” and “disobeying government agents on duty” on July 31.

Eighty-six of them were sentenced to 30 lashes and 4 months of prison each.

On July 16, 2016 the people of Boldaji in Chaharmahal and Bakhtiari Province, staged protests against a water transfer project through tunnels to the Sefid Dasht Steel Factory owned by the IRGC linked Isfahan Steel Company.

Some locals opposed the water transfer because they feared they did not have enough water to meet their needs.

These protests resulted in clashes between protesters and state security forces, leaving one individual dead and 108 injured. 70 protesters were arrested during the course. Those arrested were prosecuted on charges of “disrupting public order.”

The region suffers from water scarcity and the water transfer let to severe water shortages in the region. Reports indicate that plans for the transfer are still impending.

The Isfahan Steel Factory aka Mobarakeh Steel Factory was sanctioned by the US Treasury in October 2018 for its links with the IRGC and funding the Basij.

According to the US Treasury, the Isfahan Steel Factory which is the largest steel maker in the Middle East and North Africa region, “is used as a revenue stream for Bonyad Taavon Basij’s economic conglomerate. Esfahan’s Mobarakeh Steel Company has provided millions of dollars each year to Mehr Eqtesad Iranian Investment Company, an entity with close ties to the Basij and its Bonyad Taavon Basij”.

Beset by a whole host of economic, social and political crises, the clerical regime has been trying to rein in simmering social discontent by brutal clampdown on Iranian society.

Only in August 2019, Iranian authorities sentenced more than 31 activists, workers and journalists to lashes and prison, in an attempt to silence dissent.