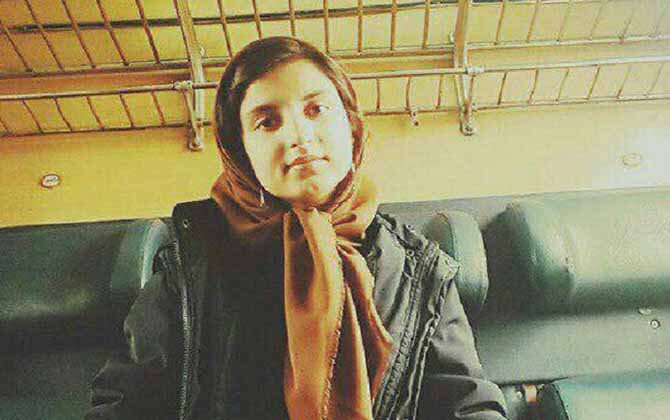 A court in Tehran upheld a seven-year prison sentence and 74 lashes for a Tehran University student activist, detained for taking part in student protests.

The Revolutionary Court of Tehran had earlier sentenced Parisa Rafii to 7 years prison and 74 lashes plus depriving her of leaving the country for two years and membership in parties and groups.

A source close to the student activist said she had been mistreated all the time during her detention. Parisa Rafiei was pressured to take a “virginity test” while in state custody, threatened with execution, brutalized and her nails pulled.

She was deprived of all her legal rights because she did not cooperate with her interrogators.

In an open letter published on May 9, 2019 Parisa Rafiei said, “In a totally unlawful action during my detention, my interrogator with the approval of the case investigator sent me to the medical examiner’s office on Behesht St. for a virginity test but I stood firm and despite threats and lots of pressure, they did not succeed.”

“Such insults and pressures were not limited to the virginity testing. Through series of letters and notes, the interrogator kept describing the place I was at, and through verbal threats of execution and having my fingernails pulled out kept on applying psychological pressures on me. Description of these details is to show the fact that the interrogators have several ways of applying pressure on the detainees and they continue the pressure until the psychological breakdown of the individual,” she added.

The 21-year-old photography student was arrested on February 21, 2018, and held in Evin Prison in Tehran for 21 days for allegedly participating in street protests.

In August 2018, she was sentenced by a preliminary court to seven years in prison, 74 lashes, a two-year ban on traveling abroad and prohibited from political and social activities for two years under the charges of “assembly and collusion against national security,” “spreading propaganda against the state” and “disrupting public order.”

The Iranian regime has stepped up its crackdown on dissidents and protesters against their own policies which has destroyed the country’s industry, economy and environment, leaving most of the populace under the poverty line.

During the past few months, dozens of peaceful rights activists have been sentenced to lashes and lengthy prison terms. The sentences are part of the government’s heavy-handed response to simmering social discontent.