Crime against humanity continues with torture of detained Iran protesters 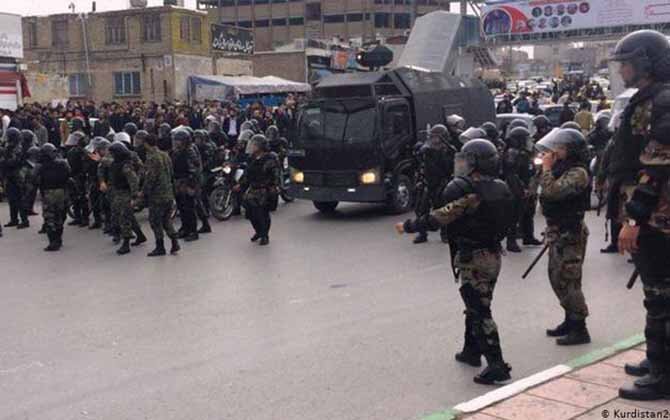 The crime against humanity, which began with the massacre of defenseless protesters in November, is continuing with mass and arbitrary arrests and torture of detained Iran protesters.

Reports indicate that the regime is torturing the detained protesters into forced confessions. The victims are being pressured to say they received money from the People’s Mojahedin Organization of Iran (PMOI/MEK) to set fire to banks, or that the MEK ordered them to fire on innocent protesters. The prison torturers are demanding the victims repeat lies that the MEK is funded by Israel and Saudi Arabia.

They are forced to falsely claim that they have received money from the MEK to torch banks or to fire on innocent people. The prison torturers are demanding the victims repeat lies that the MEK is funded by Israel and Saudi Arabia.

Several prisoners have already died under torture and others have been forcefully “disappeared” by the regime.

Sajjad Esmaili was arrested on November 16 during the protests in Ilam, west of Iran. His dead body was delivered to his family on November 30, with the authorities claiming he committed suicide while in detention.

Halimeh Samiri was arrested and detained during the protests in Abadan. She was tortured to death by the regime’s revolutionary guards who later threw her lifeless body outside her father’s residence.

Halimeh Samiri was arrested during the #IranProtests in Abadan. She was tortured to death by the revolutionary guards who later threw her lifeless body outside her father’s residence. RIP 🌹
At least 1,500 protesters were killed during the Nov protests. https://t.co/jMrU9fWmJV pic.twitter.com/MrGp8IJxbU

On December 15, the tortured body of an Iranian protester was found in Garan Dam in the western city of Marivan. The family of the Iranian protester, Ershad Rahmanian, said he had been arrested on November 17 during nationwide Iran protests in Kurdistan province. Eyewitnesses have said that signs of torture were evident on the body of the young man. Security and intelligence agents have forced the family to say that Ershad committed suicide by throwing himself into the Garan Dam.

The Iranian regime brutally cracked down on nationwide protests that erupted on November 16 after the regime tripled the price of gasoline. At least 1,500 protesters were killed, around 4,000 were wounded and injured and 12,000 were detained. Many of the detainees are under torture.

There are many young students under 18 years of age among the prisoners.
Some prisoners are said to have lost more than 20 kg during the past few weeks due to torture. Torture scars can be seen on their bodies.

A few persons freed under excessive bail also have torture scars and they have been threatened with heavy sentences if they say a word about what they saw in the prisons.

There are unconfirmed reports about the discovery of bodies of several individuals who disappeared during the protests in similar circumstances in rivers and dams in Karaj, Ahwaz, Isfahan and Sanandaj, too.
Khuzestan province has also witnessed several suspicious student deaths. Since Student Day (December 7) bodies of four students of Chamran University in Ahwaz have been found in highly suspicious circumstances.