Lives of women political prisoners at risk due to Coronavirus outbreak 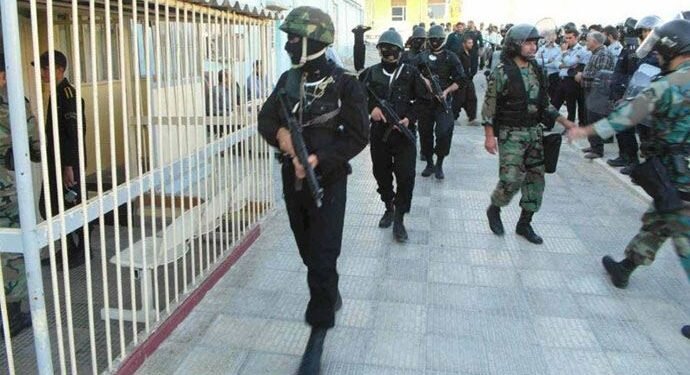 Political prisoners have been excluded from the Judiciary directive to grant leave to prisoners due to Coronavirus outbreak. Since they have less access to medical resources, they are at greater risk compared to others.

Golrokh Ebrahimi Iraee and Marjan Davari are at risk of coronavirus infection. Based on reports from Qarachak Prison in Varamin, where the two women political prisoners are being detained, their inmate who was suspected of having contracted the coronavirus tested positive.

Families of political prisoners have repeatedly demanded prison authorities and the judiciary to grant temporary leave to their children, but their demands have been rejected.

The father of political prisoner Atena Daemi also announced authorities of Evin Prison have rejected his request for granting temporary leave to his daughter who is suffering from various illnesses in prison.

Mr. Hossein Daemi has written to the Judiciary Chief, holding him, the Prosecutor and the assistant prosecutor overseeing the conditions of political prisoners accountable for the life of his daughter.

Parvin Advaii and Farideh Veisi have also gone on hunger strike since March 9, 2020 at the Correctional Center of Sanandaj to protest their uncertain status and to the authorities’ failure to give them temporary leave.

Parvin Advaii is a defender of women and children’s rights in Marivan, Iranian Kurdistan. She is sentenced to two years’ imprisonment.

In news from the Prison of Zanjan, women prisoners are at risk of being infected by coronavirus.

Mother of political prisoner Narges Mohammadi has published her letter to the Judiciary Chief Ebrahim Raisi in which she said the life of her daughter is in danger.

Ms. Ozra Bazargan said authorities of the Prison of Zanjan have refused to buy disinfectants even when Narges Mohammadi offered to pay for it.

Political prisoner and human rights activist Narges Mohammadi suffers from GI and lung problems. She was brutalized and transferred from the Women’s Ward of Evin to the Prison of Zanjan where she is being detained with common criminals.

Families of Kurdish political prisoners have reported that the Prosecutor’s Office and the intelligence departments of different Kurdish cities have rejected their request for temporary release of their relatives during the epidemic.

The lives of some women political prisoners who suffer from serious heart and GI complications are particularly in danger as they have been deprived of medical treatment and even after the Coronavirus outbreak. Among them is Zeinab Jalalian, sentenced to life in prison, in the Prison of Khoy in West Azerbaijan Province. She suffers from various illnesses including migraine headaches and a worsening eye condition called pterygium.

Hygiene is far from international standards in the prisons of Iran. The true dimensions of the clerical regime’s ruthlessness and crimes can best be seen in abandoning hundreds of thousands of prisoners who are defenseless against this virus.

As of Tuesday evening, March 17, 2020, the death toll due to coronavirus outbreak has been estimated to be around 5,950 in 194 cities across Iran.