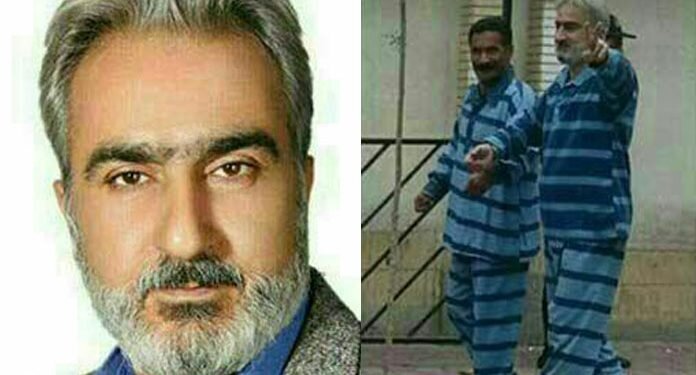 The family members of Abbas Vahedian Shahroudi a political activist held at Vakilabad Prison in Mashhad say the authorities have suddenly cut off his phone calls since April 2.
The deprivation comes at a time when the family of Abbas Vahedian Shahroudi are extremely worried about him amid the coronavirus outbreak.
The regime’s Judiciary Chief, Ebrahim Raisi, had claimed the authorities had released 85,000 prisoners in March 2020. However, many political prisoners and prisoners of conscience have been deprived of temporary leave even despite their poor health.
Abbas Vahedian and several other peaceful political prisoners are in limbo in Vakilabad Prison of Mashhad where the coronavirus appears to be spreading. Some prisoners have exhibited symptoms in the facility.
Abbas Vahedian was being kept in a ward with other inmates who officials “suspected” had coronavirus.
According to reports prison authorities are holding the suspected cases in one of the wards where previously new prisoners were quarantined for a week before being transferred to other wards. There are about 30 prisoners there and none of them have been tested for the coronavirus. If one of them catches it, they will all be infected. They don’t have gloves or masks or anything.
Abbas Vahedian has been detained in Vakilabad Prison since August 2019 after signing an open letter with 13 other political activists calling for the regime’s supreme leader Ali Khamenei to step down.