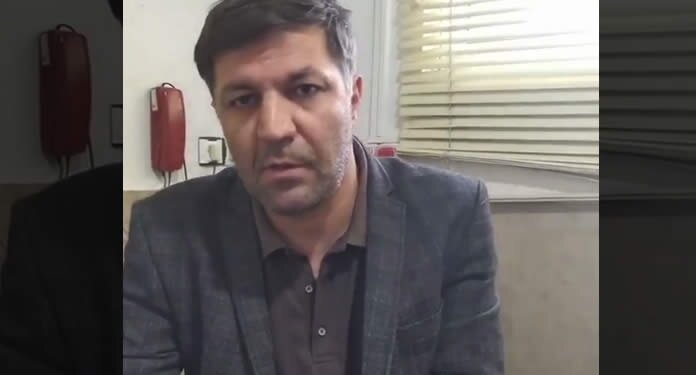 The Iranian regime has prosecuted a doctor for warning about the coronavirus outbreak.
Rahim Yousefpour from Saqqez in Iranian Kurdistan Province was summoned by judicial authorities. He has to report in on Sunday, April 5, 2020.
In a video shared online, Dr. Rahim Yousefpour announced that he was summoned for warning about the coronavirus outbreak in the province.
“I warned about Covid-19 a month ago. For this reason the authorities summoned me eight times. I have to appear in court for telling the truth… If you don’t see me again, it’s not because of being infected with coronavirus or a road accident.”

A doctor in Saqez say he has been prosecuted for raising the alarm about the #coronavirus outbreak in #Iran
Dozens of #Iranians have been arrested, or been silenced after speaking out about the #COVID19 as the regime tries to hide the scope of the outbreakhttps://t.co/rff2SP6s4B pic.twitter.com/Nfic3Nf4YR

Last month Dr. Rahim Yousefpour shared another video online to warn locals about the emergence of Covid-19 in the city saying, “The city of Saqqez has been the epicenter of the Covid-19 in Kurdistan Province and the number of patients have so far been four digits.”
Members of civil society including a soccer player, and journalists were detained or summoned after criticizing the Iranian regime’s negligence over the spread of Covid-19 in the country.
Various national and local officials in Iran have also spoken of arrests of people charged with “spreading rumors” and “disrupting the public opinion” by disseminating the truth about the coronavirus outbreak in the country.
As the number of the fatalities in Iran is escalating by day, the Iranian regime tries to keep a lid on the real number of fatalities.
On the other hand, Remarks by the regime’s own officials indicate the government has been concealing the truth.
Rouhani had claimed on March 18 that the regime had found out about coronavirus cases in Iran on February 19 and had quickly informed the people without delay. February 19 is the date that the regime officially acknowledged two COVID-19 deaths in Qom.
But documents from the regime’s Emergency Organization show that on February 4, there were a considerable number of cases in Qom and Tehran.