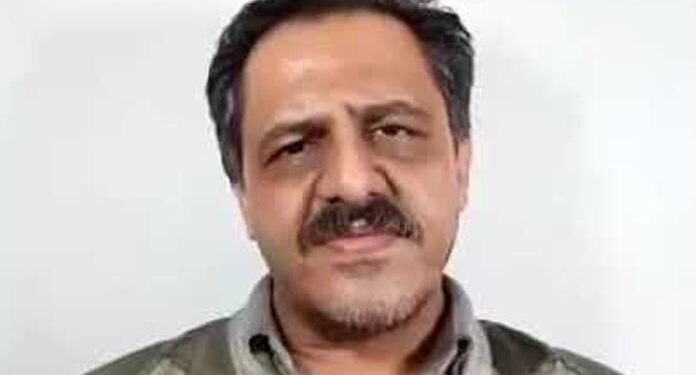 The family of Mohammad Hossein Sepehri, a political activist held at Vakil Abad Prison in the city of Mashhad has tested positive for Covid-19.
This news was announced by Asghar Sepehri, Mohammad Hossein’s brother, on his Twitter account on Sunday, April 5.
Asghar Sepehri published parts of his brother’s phone call, stating that he was being held in solitary confinement in Mashhad’s Vakilabad prison.
Asghar Sepehri twitted “Coronavirus symptoms surfaced (in him) on March 28, and on April 2, he was taken to the department of intelligent along with other signatories of the statement by 14 civil activists. Presently, he is in solitary confinement and deprived of medical services. He must be immediately taken to hospital.”

The regime’s Judiciary Chief, Ebrahim Raisi, had earlier claimed the authorities had released 85,000 prisoners.
But many peaceful political prisoners in Iran’s jails are in limbo despite the spread of covid-19.
Mohammad Hossein Sepehri was arrested on August 11 along with 13 other individuals who had signed a letter asking the regime’s Supreme Leader Ali Khamenei to step down.
In a statement addressed to the “thoughtful, intellectual, and considerate people in Iran,” the signatories urged Iranians to end their discreetness, step in audaciously, and call for Khamenei’s resignation and fundamental changes in the country’s constitution.
“Herald a new national movement,” the activists encouraged the people, “by demanding Khamenei’s resignation” since he is increasing his “unfair” power and authority daily.
Later in August when they gathered outside a courthouse to defend another activist, they were arrested by intelligence agents.

On February 2, 2020, Judge Hadi Mansouri of Branch 4 of the Revolutionary Court in Mashhad, sentenced eight of the signatories including Sepehri to prison terms ranging from 1-26 years on the charges of “forming an illegal organization” against the country’s security and “propaganda against the state.”
An appeals court upheld a six year prison sentence against him in March 2020.