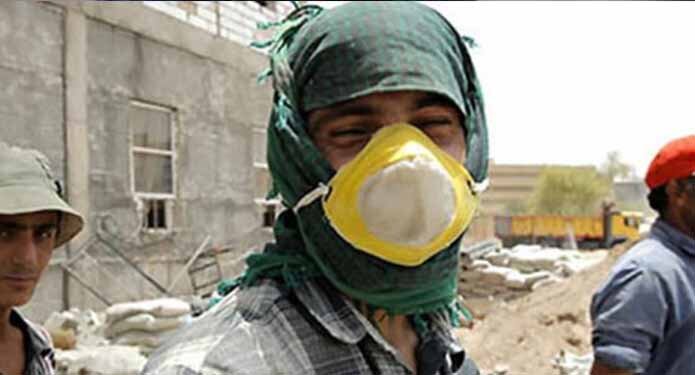 Millions of Iranian workers celebrate May 1, the International Labor Day, as they have their livelihoods ruined during the coronavirus epidemic.
Even before the outbreak, Iran stood way below the international standards in regards with workers’ rights.
Workers’ wages and monthly salaries are not paid for months. Workers have to get loans and pay interest, sell their organs or pick waste to make ends meet.
Today, in addition to economic hardships, Iran’s labor community is facing the coronavirus crisis, that is tremendously affecting their lives due to the regime’s incompetence.
The virus caused a new wave of unemployment with a large number of workers being either laid off or relieved of their duties without pay.
Many workers who have no choice but to go to work to earn a living are vulnerable to the virus. They are neither covered by preventive measures nor do they have access to medical resources. Their life and living conditions have made them powerless in fighting the disease.
Speaking during his cabinet meeting on April 8, the regime’s president Hassan Rouhani said, “A worker, if he does not work during the day and if he has no money and revenue, how can he provide food for the evening? What can we do for him?”
Rouhani’s remarks portray the difficult situation of Iranian workers. Most workers have reached a point that if they don’t work, they have nothing to eat in the evening.

The lack of government support for the industries and employers during the coronavirus outbreak, has compelled them to lay off their workers.
Official estimates of the number of unemployed workers in Iran was at 3 million even before the pandemic.
According to a report released on April 28, by the regime’s Parliament, 2 to 6 million Iranians, many of them workers, will become unemployed due to coronavirus conditions.
The actual figure is believed to be much higher. But whatever the numbers, the Covid-19 crisis has inflated it.
The state-run daily Sharq newspaper wrote on April 24, 2020, “some 600,000 officially hired workers have been laid off in the short period spanning from March 15 up until early April.”
In another report Sharq daily reported on April 27, “In the last ten days at least 100,000 workers in the provinces of Mazandaran, Golestan and Lorestan have been laid off. Furthermore, about 65,000 others have registered to receive unemployment insurance/benefits. This is only a portion of the numbers that the local authorities of these cities and provinces are announcing. There is no information about the statistics from other provinces.
“In Mazandaran (northern Iran) and according to remarks made by a local labor organization official, at least 80,000 construction workers have been laid off. Despite the government’s pledges on supporting the workers in the current circumstances, these workers have yet to receive a dime. Iran’s workers will be facing even more difficult circumstances before the upcoming International Labor Day,” the report adds.

The livelihood conditions of millions of Iran’s workers has taken a downward turn during the coronavirus epidemic making conditions even worse than before.
Reports indicate that unemployed workers in a factory in southwestern Iran have now resorted to picking waste to make ends meet during the coronavirus crisis that has killed at least 36,600 people.
A member of the Fasa Sugar Cube Factory Labor Council in Fars province said these workers were only living on their subsidies.
Hadi Mahmoud told the state-run ILNA News Agency today that at least 140 workers in the factory had months of unpaid wages.
According to a labor activist in Mazandaran, construction workers in the northern province are living in the “worst of conditions and do not have money for bread”.
Bread is considered the most basic food in Iran and usually stands for food in general.
Hadi Sadati, who is the head of the Mazandaran Construction Workers Union told the state-run ILNA News Agency yesterday that construction workers have been unemployed for two months and are living “in appalling poverty”.

Along with the widespread unemployment and their appalling livelihood conditions, workers face great risk due to their unsanitary and overcrowded living and working environment.
“Another issue that has raised concerns these days is the health of workers in the workshops and factories that have started operating. Just a few days ago, it was reported that 37 workers at the Urmia Petrochemical Plant (northwest Iran) had tested positive for coronavirus,” the Shargh state-run daily wrote on April 27.
The daily said that 82 tests were carried out in the factory which meant that 45% of those who tested were positive for the virus.
“It would seem that on the verge of May Day, the situation of Iranian workers is worse than ever,” the daily wrote.
This is especially alarming considering the fact that these workers, due to their low-income status, probably did not have adequate access to medical treatment during to the Covid-19 crisis. 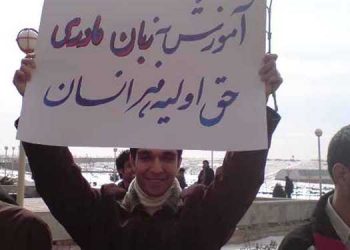 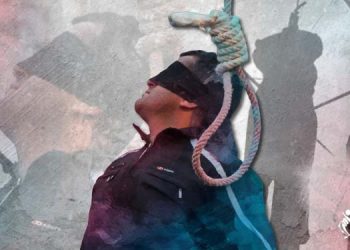