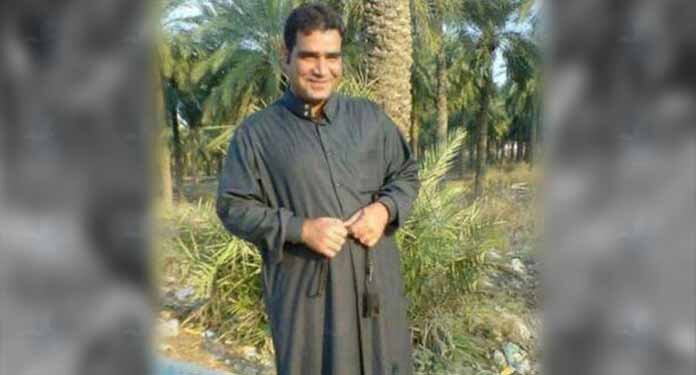 The family of prisoners of conscience Ali Mojadam has not heard from him since he went on hunger strike on April 23, in Sheiban prison in Ahvaz, Khuzestan province.
Ali Mojadam has been crammed into solitary confinement in section 5, after joining jail protests over the authorities’ failure to address concerns related to the COVID-19 protests in the prison.
The 38-year-old prisoners of conscience has been denied regular contact with his family and lawyer.
According to a source close to the family, Ali Mojadam has not had any phone calls with his family since April 23 and has been denied visits. His family is worried about his condition and are unaware of his fate.
Hundreds of prisoners in Sheiban prison staged protests on March 31, over fears of contracting the new coronavirus (COVID-19), shortage of sanitary products, inadequate testing, prevention and treatment measures, and the authorities’ refusal to grant prison leave.
Several prisoners were killed and wounded during the ensuing crackdown by prison guards.
Ali Mojadam was among the wounded. He was taken to an unknown location after the protests and was returned to the prison’s section 5 a few days later. Sources say he was tortured during that time.
Prisoners held in section 5 have told their families that most prisoners in their section are injured and facing new criminal charges for the prison protests.
Section 5 of Sheiban Prison is believed to house over 150 prisoners held for politically motivated reasons,
including prisoners of conscience.
Since March 31, prison and intelligence officials have suspended family visits in the prison and only allowed prisoners to call their families daily for one minute.
In a letter addressed to the Iranian regime’s Chief Justice Ebrahim Raisi, Amnesty International wrote: “Scores of Ahwazi Arab prisoners in Sheiban prison, Khuzestan province, require medical care for injuries caused by beatings and metal pellets fired by security forces on 31 March during protests over the spread of COVID-19 in the prison. Three prisoners, Hossein Silawi, Ali Khasraji and Naser Khafaji, remain forcibly disappeared.”
Amnesty International said that at least seven others have been crammed into a single cell intended for solitary confinement and are on hunger strike.
The families of a number of prisoners on May 9 gathered outside Sheiban Prison in the oil-rich city of Ahvaz to demand news on the fate of their loved ones.

Jaber and Mokhtar Albushoke are among prisoners who have been taken to an unknown location after prisoners rioted late March protesting the authorities’ failure to address concerns related to the spread of #COVID19 in the prison. #coronavirus https://t.co/mkREr4DJwj pic.twitter.com/qGWcbxHJea