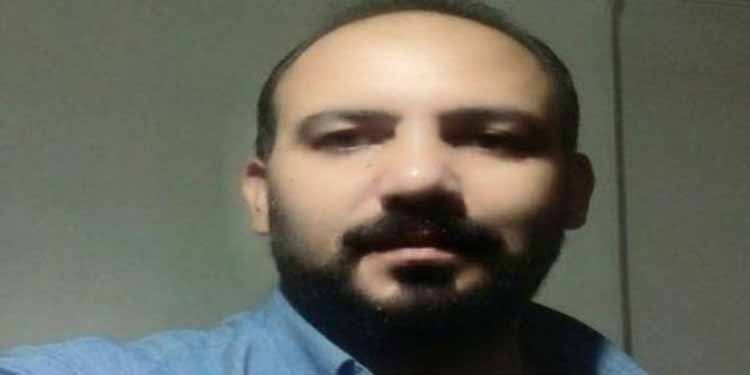 Civil activist Rouhollah Mirzaei turned himself in to the Evin Prison in Tehran on May 5, 2020, to serve his sentence. He was initially admitted to the quarantine ward and is presently detained in Ward 8 of Evin Prison.

He had been summoned in March at the height of the Coronavirus outbreak.

Mr. Mirzaei’s relatives say he had been threatened to be arrested and taken to prison by force, if he did not turn in himself. So, he had to report in to avoid any raids on his home where he lived with his sick elderly mother and siblings.

Rouhollah Mirzaei was born in 1982 in Ilam, western Iran. He is single, and after his father’s death, he is the one to take care and provide for his mother, two sisters and two brothers. Despite having higher education, he was unemployed. He was prosecuted after putting out several posts in protest of the status quo in Iran.

Mr. Mirzaei was arrested by Intelligence agents in Tehran on April 21, 2019. For more than a month, he was interrogated under physical and psychological torture, and held in solitary confinement in the Intelligence Ministry Ward 209 of Evin. On May 25, 2019, he was temporarily released on bail until his legal proceedings end.

Rouhollah Mirzaei was subsequently tried by Branch 23 of the Revolutionary Court of Tehran and sentenced to two years in prison on charges of “insulting the leader” and “propaganda against the state in the cyberspace.”

During the time he was out of jail, he helped the medical staff in various hospitals and worked round the clock to save lives.

“Thousands of young people have been apprehended like me. I had no choice but to seek justice by any means possible. I cried out my protest, of course in a totally civil manner… I have never been a member of any group nor did I have any ties with them. I cried out so much that the Intelligence Ministry arrested me in Tehran after I returned from Pol-e Dokhtar where I was helping the flood victims. After several weeks of interrogation at Evin’s Ward 209 by Inspector Moghaddassi, they issued an indictment for me. And the Revolutionary Court finally handed down two years for me. At the height of the Corona crisis, I was summoned to serve my sentence.”