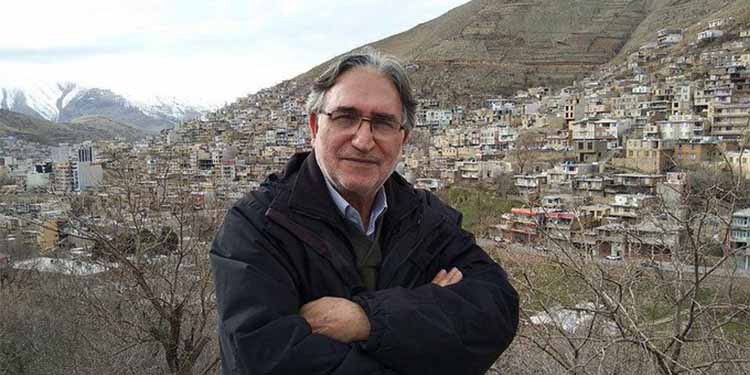 Civil activist, director and journalist, Mohammad Nourizad who is presently imprisoned in Evin Prison was sentenced to 8 months in prison, 148 lashes and one year of exile in Tabas, by the Second Penal Court of Mashhad.

The lawyer of Mohammad Nourizad, Mohammad Hossein Aghassi, said: “I believe that the verdict handed down for the charge of disruption of public order is completely wrong and it is not compatible with the actions of my client outside the court hearing of Kamal Jafari Yazdi.”

Mr. Aghassi further noted: “About a month ago, Mr. Nourizad refused to attend court with handcuffs, shackles and prison garb. This time, he was wearing his own suit and did not have handcuffs or foot cuffs on. He made his points and spoke more on the current situation in the country. He was not censored and he did not defend himself. Eventually, I spoke on his behalf and as his lawyer defending him with regards to the charges levelled against him.”

Previously, Mohammad Nourizad had been sentenced to 15 years in prison, 3 years of exile to Izeh, and three years of ban from leaving the country for the first part of his case. The charges against him included insulting the founder of the Islamic Republic, insulting the sanctities, insulting the leader, distortion of public opinion, collaboration with foreign media, and participating in illegal gatherings.

Branch 35 of the Appeals Court of Razavi Khorasan Province revised the verdict changing it to 15 years in prison, 2 years of exile to Izeh and 2 years ban on leaving the country.

Mr. Nourizad was arrested by security forces on August 11, 2019, along with a number of other civil activists outside the Appeals Court hearing for university professor, Kamal Jafari Yazdi, who is imprisoned in the Central Prison of Mashhad.

The activists had signed a petition calling on Ali Khamenei to resign.

The signatories of the petition were all arrested, and eight of them were put on trial without due process of law and access to a lawyer. The detainees were sentenced to a total of 72 years in prison by a court in Mashhad in February.

Mohammad Nourizad had sent an audio message from prison the previous month, saying he was contemplating suicide to protest the harassment of his family by Iranian security forces.