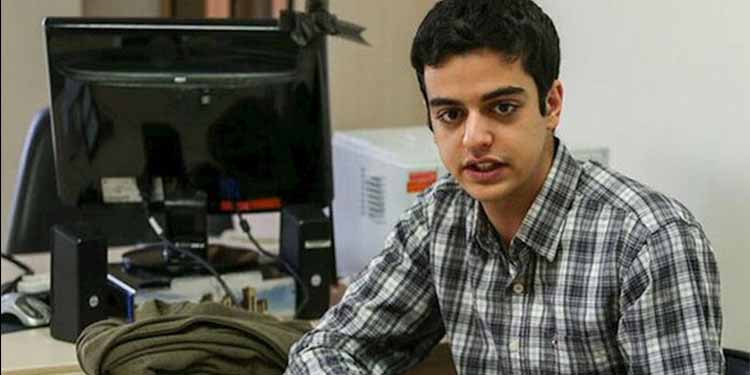 Aida Younesi, the sister of detained award-winning student Ali Younesi says her brother has been pressured to make televised confessions to commute his death sentence.

In a tweet on Saturday, September 6, Younesi said that the Ministry of Intelligence agents in charge of investigating her brother’s case told him on Wednesday that he will not be sentenced to death if he makes a televised confession.

Aida Younesi said that Intelligence Ministry agents literally told his brother that they are responsible to decide about his fate, not the court.

“We will decide the judge’s verdict. If we want, the verdict would be a death penalty … but you would be spared provided you accept to have a televised confession.”

Iranian authorities arrested Ali Younesi and Amir Hossein Moradi, both award-winning students at Tehran’s Sharif University of Technology, on April 10. The two students were taken to the Ward 209 of Evin Prison run by the judiciary’s intelligence branch. They were transferred to a general ward after spending 59 days in solitary confinement.

Since his arrest, detained award-winning student Ali Younesi has been permitted a few brief telephone calls with his family and has been denied access to a lawyer.

His family was informed by a prosecutor that he has been charged with “undertaking destruction” without providing further information.

On May 5, 2020, during his weekly press conference, the Judiciary Spokesman Gholam-Hossein Esmaili said that these two elites’ students had linked up with the People’s Mojahedin Organization of Iran (PMOI/MEK).

Esmaeili said that the two young men were involved in subversive operations and were ready to engage in actions to sabotage Iran.

In a public video response posted on social media later the same day, Aida Younesi, stated that the judiciary’s accusations were “ridiculous”.

U.S. State Department spokeswoman Morgan Ortagus denounced the charges against Younesi and Moradi as “bogus” in a statement to the Washington Examiner on May 10.

“The Iranian regime is focused on harassing rather than empowering the most talented Iranians. We join the countless Iranians and others around the world in calling for their release,” Ortagus said, referring to the two students.