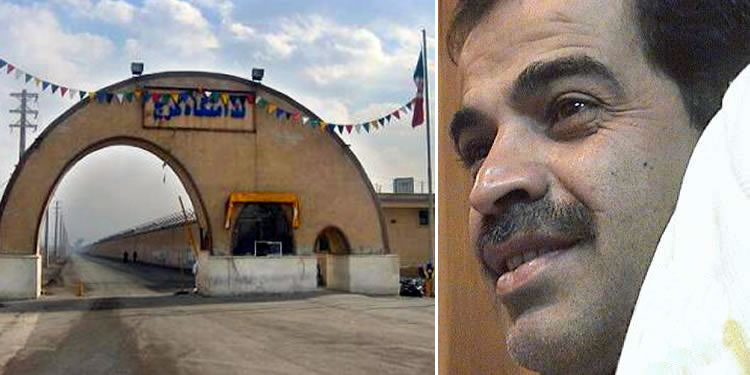 Political prisoner Mohammad Ashtiani was about to get suffocated in the absence of medical treatment.

Low oxygen levels in the blood of political prisoner Mohammad Ashtiani was leading to his suffocation due to lack of medical treatment. Despite the low oxygen level in his blood, prison authorities refrained from providing him medical care and taking him to the hospital.

Construction in ward 7 of the Central Prison of Karaj created a lot of dust in the prison aggravating Mr. Ashtiani’s asthma condition and deteriorating his health.

On Tuesday and Wednesday, January 26 and 27, political prisoner Mohammad Ashtiani got short of breath and was about to suffocate. He was not even able to sleep.

On Thursday morning, January 28, political prisoner Mohammad Ashtiani went to the dispensary and asked for treatment, a source said. His oxygen level measured 80 on the Pulse Oximeter. But instead of emergency treatment and sending his to hospital, the prison’s doctor told him that there was no special problem. Mr. Ashtiani spent all the night with tight breath, severe chest pain, heavy coughs, anxiety and sense of suffocation. He is presently detained in ward 7 of the Central Prison of Karaj and his life is in danger.

According to the source, the only ventilation fan in ward 7 is not strong enough to clear the air from the dust of construction. After sunset, the doors are locked and the dust gets mixed with the smoke from use of drugs in the toilets and baths. Low level of clean oxygen aggravates the condition of inmates, especially the sick ones.

Mr. Ashtiani is 57, married with two children. He was a political prisoner in the 1980s.

He is presently being detained with prisoners convicted of violent crimes in violation of the principle of separation of prisoners according to the category of their crimes.

He was arrested in March 2019 and taken to the Department of Intelligence and interrogated under torture. He was subsequently transferred to the Central Prison of Karaj to serve three years on the charge of “propaganda against the state”, “insulting Khamenei” and “supporting the People’s Mojahedin Organization of Iran (PMOI/MEK).” He was also ordered to pay a heavy fine.