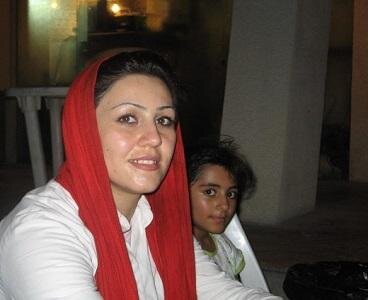 Iranian political prisoner, Maryam Akbari Monfared, incarcerate in Evin prison women’s ward in Tehran, is deprived of medical treatment and dispatch to hospital despite her illness and urgent medical needs as complications of her illness is progressing.
According to reports, Ms. Maryam Akbari is experiencing intense pain in the knee joints and feet as she is denied medical treatment and Evin prison officials despite awareness about her pain and physical condition, refuse to send her to hospital or medical centers for treatment.
Regarding Ms. Akbari’s health condition, an informed source close to her family said; “Maryam this week in a meeting with her family complained about severe knee and joint pain such that due to the pain she cannot sleep at night. However, the prison officials do not pay attention and do not provide medical care or prepare the condition for her medical treatment.”
According to the same reports, Maryam Akbari Monfared until two months ago was regularly dispatched along with several security agents to medical centers outside prison to receive medical treatment for her rheumatoid and hip, knee and joint pain. However, after she filed an official complaint demanding clarification and investigation of the case of her brothers and sisters, executed during the massacre of political prisoners in 1988, officials of the Prosecutor’s Office in an act of “reprisal” stopped the process of her medical treatment. The measure, according to prison officials, has been taken on the orders of Tehran’s Prosecutor.
Amnesty International in a recent statement, referring to the poor and unfavorable situation of the political prisoners Maryam Akbari Monfared in Evin Prison, protested against denial of her right to receive medical treatment.