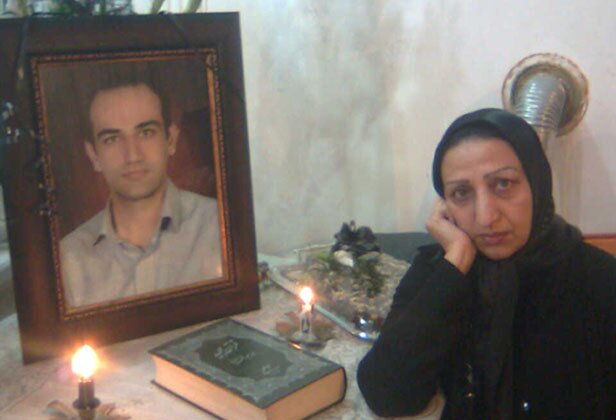 Shahnaz Akmali, the mother of Mostafa Karimbeigi, killed by Iranian security forces back in the 2009 uprisings, has been arrested on Wednesday, January 25th and held in section 209 of Tehran’s Evin Prison.

She has been hospitalized for unknown reasons since Thursday night.

Akmali called her family and informed them of the heavy bail demanded by the regime’s judiciary for her release.

It is worth noting that authorities raided and inspected her house, confiscating even household appliances.

Mrs. Akmali is summoned and threatened by security agents every year prior to holding an annual commemoration ceremony for her son.

Iran- A Baha’i arrested on grounds of religion