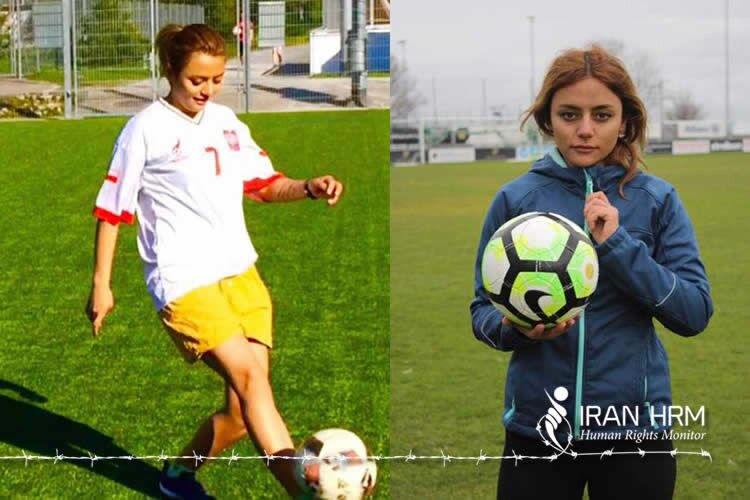 A member of Iranian women’s futsal team, Shiva Amini was deprived of sport after being photographed without veil in a friendly game abroad.
Shiva Amini shared photos on Instagram showing her playing friendly matches in Switzerland and Italy, competing in shorts and without Iran’s compulsory hijab veil.
“I never thought that I would one day be prevented from playing for my country because I appeared unveiled and was wearing a pair of shorts in a photo taken on a personal trip outside of Iran. This was not even an official game. It seems that for the sports community in Iran, the veil carries greater importance than sport. I don’t know what our country’s officials are trying to prove by suspending people like me whose primary pre-occupation is give a better reputation to Iran.” she said.
The regime has sought to increase its enforcement of the restrictions against the female athletes and has banned a number of them for violation of the legal dress code.
In an apparent example of this phenomenon, Dorsa Derakhshani, member of the Iranian Women’s National Chess Team and the sixth world champion in under-18 games, got expelled from the national team for not covering her hair in the Trade wise Gibraltar Chess Festival.
Around the same time female billiard players had barred from competition for a year, alleging without any explanation that they had “violated the Islamic code of conduct” while competing in China.