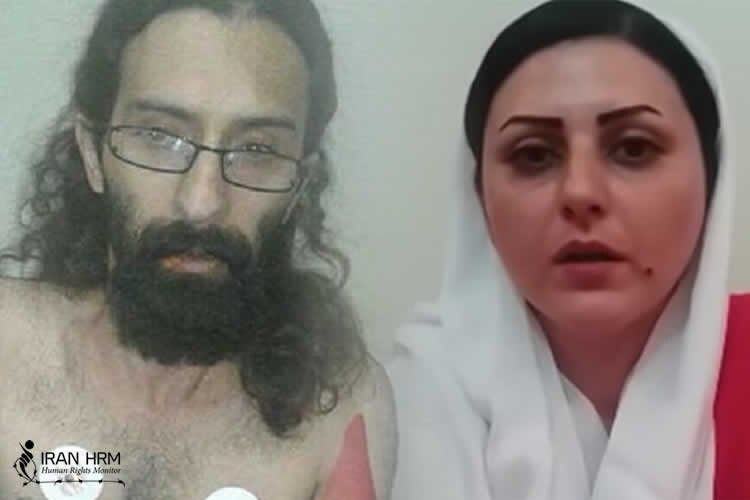 Political prisoner Golrokh Iraee who has been imprisoned just for writing an unpublished book against the inhuman punishment of stoning, has sent out an open letter in which she has called on the international community to take action to save the life of political prisoner Saeed Shirzad who is still on hunger strike.

Saeed Shirzad, who has been imprisoned for his activities in defense of children’s rights, has been on hunger strike for nearly two months in protest to the raid on political prisoners in Gohardasht Prison in Karaj, transferring them to a high-security ward and confiscating the properties they have procured at their own expense.

Speaking out from behind bars, Ms. Iraee held European governments accountable for the life of this political prisoner since they turn a blind eye on flagrant violations of human rights in Iran to continue their commercial trade with the ruling clerical regime. In part of her letter, she points to the raid on the political prisoners’ ward in Gohardasht and writes:

Implementation of this arbitrary decision by Mardani (warden of Gohardasht Prison in Karaj) indicates not only his personal spite but also the spirit of maximum lawlessness in this chaotic country. A country where the prosecutor and the judiciary must have been able to account for such volume of savagery if they were qualified. Here, anyone who has greater power is able to roam around as they wish and those who are knowledgeable enought to protest against this savagery become victimized.

All of these have happened in days and hours when Rouhani (the mullahs’ president) was showing off his smile in front of flashing cameras from different countries.

Indeed, who is responsible for Saeed (Shirzad)’s life? Those powers who give credibility to this naked violence with their silence and smiles? Or the Prisons Organization that puts the likes of Mardani in these positions and gives them the license to play with the lives of people and do not account to anyone? Or the Judiciary and the Prosecutor’s Office whose lack of independence has been proven time and again over the past years? Or the agencies that make such arrests and the interrogators who roam around like this?

The world’s organizations and institutions who defend human rights must know that the lives of our friends and loved ones are in hands that are at their throats.

Saeed Shirzad continues to insist on his protest and hunger strike against the savagery of prison authorities. Saeed’s life is in danger and our silence doubles the gravity of this threat.

Iran: Political prisoner’s will on the seventh day of his dry hunger strike