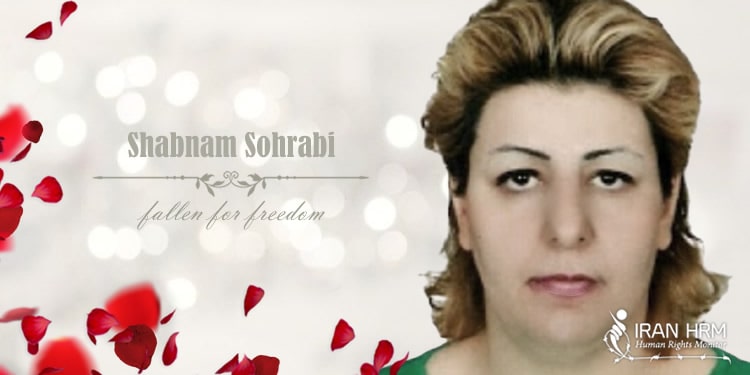 Shabnam Sohrabi, 34, was killed on December 27, 2009, when a vehicle of the state security forces ran her down.

Her mother initially feared speaking up about her daughter’s death, but broke her silence and talked to the Where Is My Vote website. “Shabnam had a strong body; I cannot imagine her being crushed under the wheels of a police vehicle,” she said.

She explained the process of collecting her daughter’s body. “I looked everywhere, including all the hospitals. I finally discovered that she had been taken to Rasoul-e Akram hospital in Tehran, but there were no signs of her there and nobody explained why. After 20 days we received a phone call saying that we could collect her body from the Kahrizak morgue and bury her.”

Protests against the results of the highly controversial 2009 Iranian presidential election, occurred in major cities nationwide from 2009 into early 2010.
The state security and paramilitary Basij forces violently suppressed the protests. Protesters were beaten, pepper sprayed, arrested and tortured, and even shot in some cases.

The most widely known firearm victim was Neda Agha-Soltan, whose last moments were uploaded to YouTube and broadcast around the world.

Opposition groups also reported thousands more were arrested and tortured in prisons around the country, with former inmates alleging mass rape of men, women and children by the Islamic Revolutionary Guards, in prisons such as Kahrizak and Evin.

The Iranian regime confirmed the deaths of 36 protesters during the protests, while unconfirmed reports allege at least 72 deaths in the three months following the election.