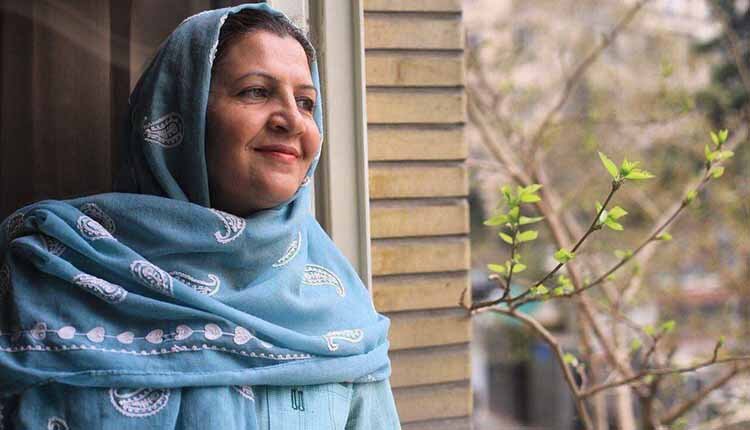 Yarsan woman Shukofeh Yadollahi who is detained in Qarchak Prison, has lost her sense of smell after a head trauma and needs immediate treatment.

Shukofeh Yadollahi was arrested on February 28 in Pasdaran Street (in a peaceful protest by Dervishes turned violent with police intervention). She was brutally beaten by the police and the paramilitary Bassij forces during her arrest, to the extent that the left side of her head was severely injured due to blows with rocks and batons which left her forehead with an open gash and blood running down her ears and nose. Security forces beat her whole body and broke her ribs but she was taken to Shapour Detention Center despite her injuries.

After a month, 11 women were transferred to the quarantine section in the prison. The sanitary conditions were so poor that they all go head lice. Mrs. Yadollahi, who suffered from severe headaches and dizziness, was barely able to cope with pain killers that she obtained with much difficulty.

After a while, she realized that she had completely lost her sense of smell. Her pain, dizziness and high blood pressure also deteriorated her condition. After numerous trips to the prison clinic, the medic was finally convinced that her condition was alarming and wrote that she had to be dispatched to a hospital. However, authorities said that due to a lack of facilities she had to wait in line adding that the judge on her case had still not be determined.

According to reports, doctors have said that her condition was very dangerous because she was suffering from skull damage and brain injury which could have led to blood clotting in her brain. The doctors said that she needed urgent care and hospitalization. However, her lawyer and family have not been allowed a meeting with the head of prison. Her lawyer’s letter was not even accepted by this official at Qarchak Prison and she has not been allowed to go the hospital to receive much needed treatment.

Amnesty International released a statement on March 29, calling for the release of of 11 Yarsan women, from Iran’s Gonabadi Dervish religious minority, who were arrested and jailed in a protest in February and are being detained under inhuman conditions in Qarchak, aka Shahr-e Ray Prison, without any access to lawyers.

“On 19 February, security forces violently arrested at least 60 women from Iran’s persecuted Gonabadi Dervish community for participating in a protest in Tehran which turned violent after security forces resorted to beatings, firearm use, water cannons and tear gas to disperse the crowd. The women were taken to Vozara detention centre where they said they were subjected to intrusive body searches by female officers, intimidating interrogations, insults and yelling. In the following 24 hours, the authorities transferred 10 of the women to the quarantine section of Shahr-e Rey prison near Tehran and released the rest. Those transferred are Shokoufeh Yadollahi, Sepideh Moradi, Maryam Farisani, Nazila Nouri, Sima Entesari, Shima Entesari, Shahnaz Kiani, Maryam Barakouhi, Elham Ahmadi, and Avisha Jalaledin. After several days, an 11th woman, Sedigheh Safabakht, who was apparently held in Evin prison before, was also transferred to Shahr-e Rey prison. There are reports that some women are undergoing late-night interrogations involving verbal abuse and threats,” the statement reads in part.