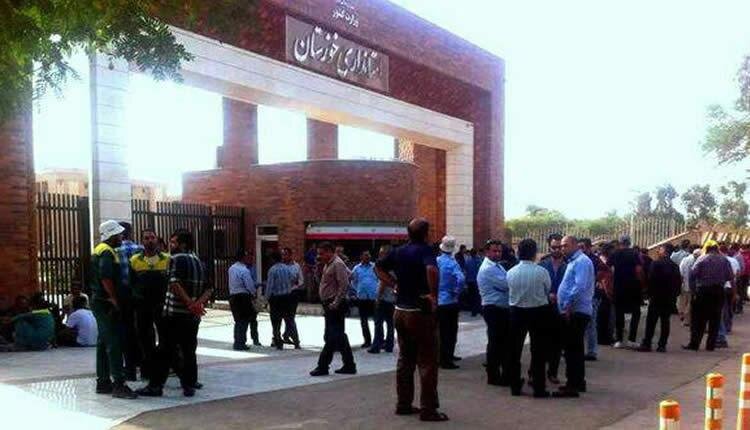 On Sunday, June 3, nearly 500 workers from Ahwaz Steel National Industrial Group gathered in front of the Khuzestan Governorate building on the fourth day of their protests following a protesting rally on the streets of Ahwaz.

The workers carried textiles written on them: “We, the workers of the Steel National Industrial Group have not received our allowance for several months”.

According to a Telegram Channel of the Free Union of Iranian Workers, police attacked the protestors and one of the workers in front of the governorate mentioned that a number of workers were injured. The channel posted a video of a bloody face of one of the protesters.

The workers said that the police tried to argue and interfere with the protesters two times and according to one of the workers, police officers attacked the workers near the Palestine square in Ahwaz. He also said that a number of workers were beaten during the attack.

Lack of treatment resulted in the death of a prisoner