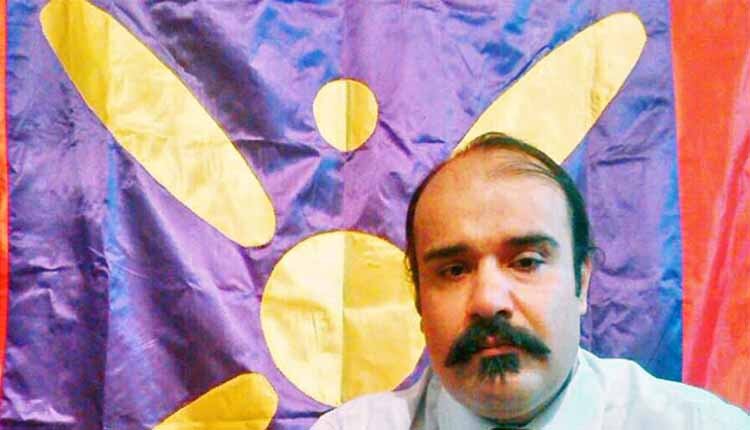 Vahid Sayadi Nasiri, an Iranian political activist, who had currently been held in Qom Prison, died today on 60th day of a hunger strike.

According to Mrs Elaheh Sayadi Nasiri, sister of the political prisoner, he had been on hunger strike to protest being kept in a high security section in Qom Prison and to demand being transfered to Evin Prison.

Vahid Sayadi Nasiri wsas initially arrested in September 2015 and sentenced to eight years behind bars on charges of “insulting supreme leader” and “propaganda against the state.” The charge stemed from postings Nasiri made on his Facebook account.

During his detention at Raja’i Shahr and Evin prisons , Sayadi Nasiri had time and again been harassed by operatives linked to the Iranian regime.

He was attacked on May 7, 2017, by a fanatic Shia prisoner who threatened Nasiri to death.
The prisoner was also severely beaten on February 14, 2017, by two violent offenders.

He started a hunger strike on May 13, 2017, to protest the undetermined status of his case. The authorities however, refused to provide him a reply.

Vahid Sayadi Nasiri was arrested again by the Intelligence Department of Qom in August 2018.
Nasiri went on hunger strike in October 2018 to protest being locked up with ordinary criminals which violates Iran’s own regulations on the principle of separation of crimes.

Mrs Elaheh Sayadi Nasiri said that the authorities contacted the family today, instructing them to the Behesht-Masoumeh Cemetery in the city of Qom to receive the body of their son.

The Iranian authorities were not immediately available for comments.