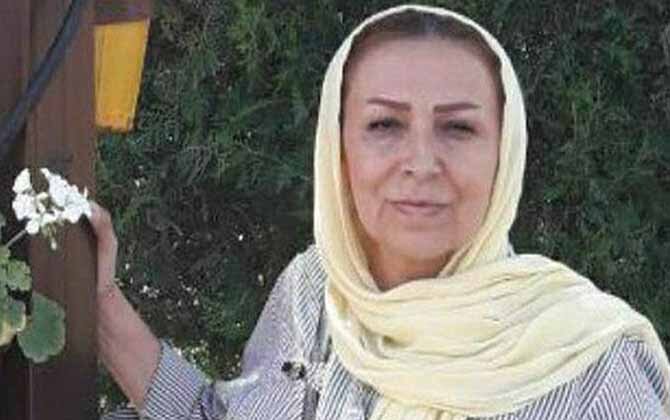 A court in Tehran has condemned Nahid Khodajou, a labor rights activist arrested during Labor Day demonstrations on May 1, to six years in jail and 74 lashes.

The sentence was issued by notorious Judge Iman Afshari at bench 26 of Tehran’s Revolutionary Court.

Labor activist Nahid Khodajou has been sentenced to 6 years’ imprisonment and 74 lashes.

Nahid Khodajou, a member of the board of directors of Free Union of Iranian Workers was arrested along with 40 others during the protest gathering on the International Labor Day in front of the parliament in Tehran and transferred to ward 209 of Evin Prison. She was released on bail on June 3.

On October 10, the Revolutionary Court of Tehran sentenced Nahid Khodajou to six years in prison, 74 lashes, hand copying of two books, and a two-year ban from membership in any political or social parties or groups.

Some of those detained were released, but some others including Nahid Khodajou, Atefeh Rangriz and Marzieh Amiri were sentenced to long prison terms based on vague charges and without due process.

A court in Tehran sentenced labor rights activist, Atefeh Rangriz, to 11 years and six months in jail and 74 lashes.
Marzieh Amiri, a young Iranian reporter has also been sentenced to ten years and 148 lashes.

Intelligence agents arrested Amiri while she was covering the Labor Day gathering.

The regime’s judiciary has also sentenced labor rights activist, Nasrin Javadi, to 7 years in prison, banning her from using a cellphone or being a member of political and social groups and parties.

While dozens of Iranian labor activists were languishing in jails for peacefully demanding their basic rights, the head the judiciary said in August, “some have hidden agendas under the cover of labor protests.”

Speaking to several members of the regime’s parliament, Ebrahim Raeesi noted, “Workers’ apprehension is understandable, and the responsible departments should address their problems, but some have hidden agendas under the cover of labor-related issues. We should not hold all workers accountable for such actions.”