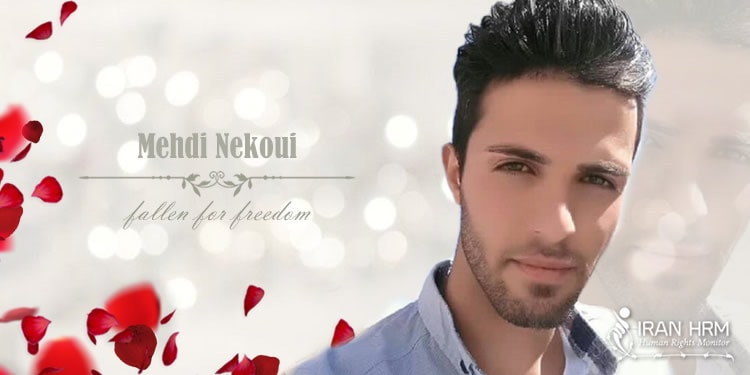 Mehdi Nekouei was shot by the Revolutionary Guard during the protests in November 2019 in the city of Shiraz.
He was one of the first to be injured during protests over gasoline hikes in Iran.

The 20 year-old law student was taken to a hospital after being shot in Moaliabad district in the city of Shiraz in Fars province.
Mehdi Nekouei was critical but alive when moved to the hospital but, according to his family, was taken away by the intelligence services instead of being treated.

His family members tried to call him but was unable to reach him due to the regime shutting down the internet across the country, also limiting communications with the outside world.

A nurse at the hospital confirmed that Mehdi had indeed been treated before he was removed, along with several other patients, but she didn’t know where to.

His corpse was handed over to his family a few days later after the authorities coerced them to sign a pledge not to talk to the media.

During the nationwide protests, Iranian authorities stole bodies from morgues and spiriting away injured patients from hospitals to downplay the scale of their crackdown on recent protests.

The price hike in the region on November 15 sparked demonstrations in at least 100 Iranian cities.

Iran’s supreme leader described protesters who took to the streets over the petrol price hikes as ‘thugs’, giving them a green light to heavily suppress the protests.

Over 1,500 protesters were killed during the bloody state crackdown while more than 4,000 were injured.