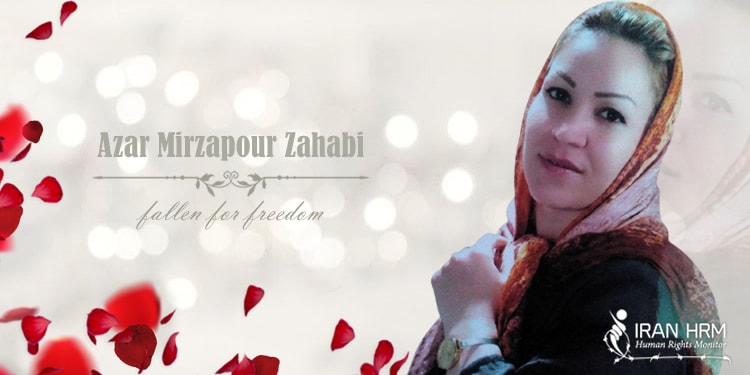 Azar Mirzapour Zahabi, born in 1969 and widowed mother of 4, was walking back home from a clinic where she worked as a nurse in Karaj. In the midst of November 2019 protests, IRGC forces attacked the crowd and shot her in the heart. She died minutes later.

Right before heading home, Azar called her son and told him that she was going to arrive soon. Then, there was no news of her.

Azar’s sister and children looked for her everywhere until they traced her to Kowthar Hospital.

Azar Mirzapour’s sister said: In her death certificate, it was indicated that the reason for Azar’s death was “being shot in the heart.”

Azar Mirzapour was one of the 400 women and 1,500 martyrs who were ruthlessly massacred by the Iranian regime’s security forces during Iran protests in November 2019.