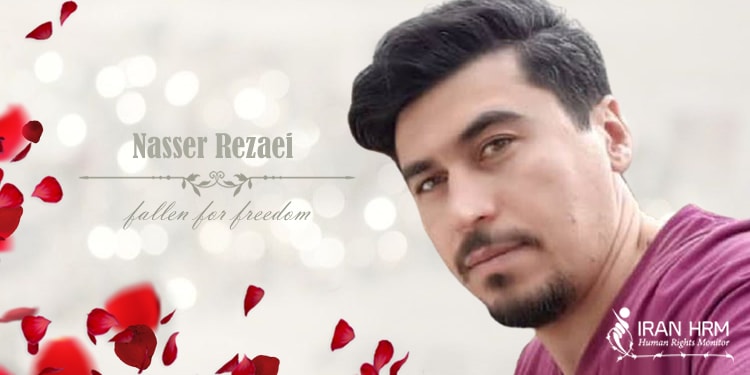 Nasser Rezaei was shot and killed as state forces repressed the protests he had joined in the city of Karaj on November 17, 2019.

Nasser, 35, had a bachelor’s degree in agriculture and owned a business that bought and sold cars. He lived with his wife of two years in the city’s Fardis district.

When his family went to Behesht-e Sakineh Cemetery to take delivery of his body the authorities told them to sign a pledge saying that they agreed he would be buried quickly the same day without a funeral.

The family then went to the city of Sanandaj in west Iran and buried him that night in the Ghorveh district. There was no ceremony, no funeral. There were just members of the family and a few acquaintances who had heard the news.

The family held a memorial service for Nasser at a mosque in the presence of security agents who wanted the family members to memorize and say things they had written on pieces of paper; things like Nasser was a passerby and had been shot by rebels. They wanted to hide their responsibility and blame the shootings on the people. The family however, refused to do so.

The authorities also asked the family to file a complaint over Nasser’s death. They said they would declare him a martyr and pay blood money.