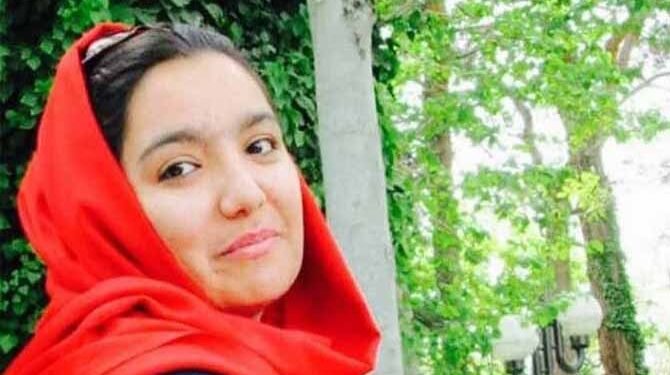 Somayeh Shahbazi Jahruyi was hanged on December 4, 2019, for the 2013 killing of a man she accused of trying to rape her.

An Iranian woman convicted of murder, in a killing that reports indicate was a self-defense against a rapist, was hanged Wednesday.

Somayeh Shahbazi Jahruyi was hanged at dawn on Wednesday for the 2013 killing of a man she accused of trying to rape her.

The 33-year-old walked to the gallows after failing to secure a reprieve from the murder victim’s relatives.

According to Shahbazi’s relatives, “The person who Somayeh killed, intended to rape her. Somayeh was scared after the killing and took the body out of the city and set it on fire.”

Somayeh Shahbazi is the last woman who became the victim of the death penalty during Rouhani’s presidency. She had been imprisoned for six years.

As in previous cases, the execution of this woman has not been published in the clerical regime’s state-run press and media.

This case resembles 2014 execution of Reyhaneh Jabbari who was executed for killing a senior Intelligence Ministry official she said tried to rape her as a teenager.

The 26-year-old interior designer was executed on October 25, 2014, despite an international campaign for her release over her seven years in prison.

Many death row women convicted of murder have acted in self-defense in the face of violence directed against them.

At least a dozen women linger on death row in Qarchak Prison in Varamin for reacting in self-defense against violence.