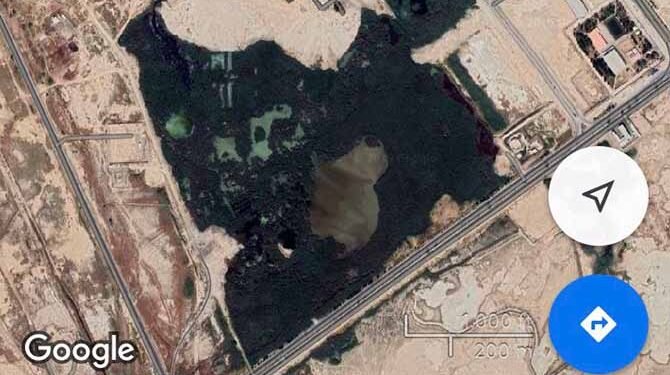 The Iranian regime forces opened fire on a group of protesters in the marshlands of Mahshahr in the southwest Khuzestan Province.

The reports from the city come after Iran lifted an almost complete internet blackout which the authorities implemented to hide the scope of their brutal crackdown on protests.  The internet is still off in Mahshahr in Iran’s southwest.

Local witnesses have reported that the Revolutionary Guards resorted to lethal force to crush the protests on Monday, November 18, after demonstrators blocked the roads leading to a nearby major industrial petrochemical complex.

Many of the protester then reportedly fled to take refuge in marshlands in the city’s suburbs. Witnesses and medical personnel said, IRGC members surrounded the marshland, shot with machine gun fire and killed 40 to 100 demonstrators, mostly unarmed young men.

17-year-old Ahma Albu Ali is among those confirmed killed in the marsh massacre of protesters. He was shot at the point-blank by IRGC forces.

Another minor from Mahshahr, SW #Iran confirmed killed by the state security forces in #IranProtests
17-year-old Ahmad Albu Ali was shot at point-blank on Nov 18. He was the only child of his parents. RIP🌹 pic.twitter.com/5tcmO68Yld

The guards then hauled away the bodies of the dead on the back of a truck while relatives took the wounded to a nearby hospital.

This heartbreaking video from Mahshahr SW #Iran is circulating on the internet showing a man weeping following the death of a protester.
Reports indicate security forces opened fire on a number of ppl who took refuge in a canebrake, killing all of them. pic.twitter.com/dlu3vU0dyP

Regime officials confirmed that IRGC forces opened fire on a group of protesters in the marshlands of Mahshahr.

The police chief of Mahshahr, and IRGC member Reza Papi acknowledged that the regime’s armed forces clashed with what he described as “armed hostile groups” who were hiding in the marshes.

The Governor of Mahshahr also admitted harsh crackdown of “armed forces” who stood against the people and the system.

Both officials stopped short of divulging the number of people shot to death.

At least 1,500 people, including women and children, were killed during intense violence across Iran after the gasoline price increase was announced on Nov. 15, with at least 4,000 wounded and 12,000 detained, according to credible reports.