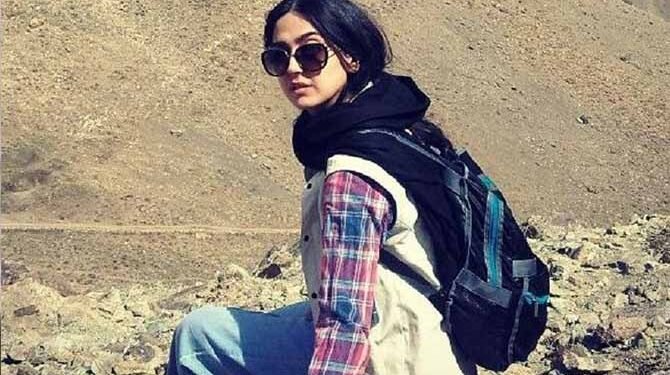 Tehran’s Revolutionary court has condemned Neda Naji, a labour rights activist arrested during Labor Day demonstrations on May 1, to 5 years and six months in jail.

The sentence was issued by notorious Judge Mohammad Mogheiseh at bench 28 of Iran’s Revolutionary Court.

She would have to serve five years behind bars according to Article 134 of the Islamic Penal Code, which allows defendants to serve only the longest sentence in cases involving multiple convictions.

Jamal Ameli, Naji’s husband twitted Wednesday, “The verdict against Neda Naji was issued after 2018 days in detention. Five years and six months in prison for attending a peaceful Labor Day demonstration, of which, five years would be implemented.”

Neda Naji was arrested on May 1, 2019, while attending a peaceful International Workers’ Day gathering held outside Iran’s parliament in Tehran, which was violently dispersed by security and intelligence officials.

She was transferred from Evin Prison’s Ward 209 to Qarchak Prison in Varamin on June 15, 2019.

On July 6, 2019, Neda Naji was beaten by prison guards in the span of 24 hours in the Qarchak Prison in Varamin.

According to a non-political prisoner, Neda Naji was transferred to the prison medical clinic afterwards and due to the strike to her head by prison agents, she had blurry vision for several hours.

She had said that the lives of her and Atefeh Rangriz, another female labor activist arrested during the Labor Day demonstration, are in danger and nobody hears their voices.

The verdict came as Iran grappled with a wave of socioeconomic unrest and a government-ordered Internet blackout. More than 1,000 protesters and possibly more, have been killed since Iran’s November 2019 protests began Friday, November 15.