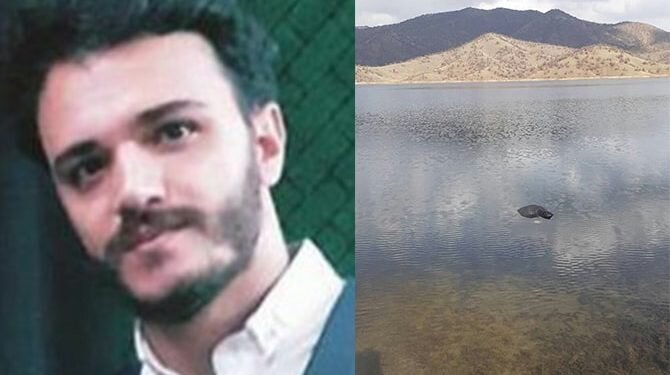 Ershad Rahmanian, 28, had disappeared since his arrest during the November protests. One month after his disappearance, his family discovered his body in the Garan Dam reservoir near Marivan, in Kurdistan province.

Ershad Rahmanian had taken his ill mother to the hospital in the evening of November 17 where he disappeared. Despite constant visits and follow up from his family, even till December 15, they never received any answer as to where he might be.

After discovering Rahmanian’s body, his family was in disbelief. His mother passes out after seeing his head, his father had a heart attack and his brother is still in shock.

Coroner’s office did not give any specific report on the cause of his death and only gave his family a death certificate.

While the family of the young 28-year-old claimed the hole in his head indicates he’s been shot, his arms and legs were broken and his blood was still fresh, meaning he had only been killed 2 or 3 days in earlier.

According to reports on December 5, his family and friends buried the body of Ershad Rahmanian in a ceremony surrounded by security forces in Sarwanabad, Marivan.

In recent days, there have been reports of corpses in some dams and rivers in the Kurdish region and southern Iran.

But so far government sources and perpetrators have not provided exact figures on the number of people killed, detained, their whereabouts, prison names or their charges.

Prior to discovering Ershad Rahmian’s body in the Garan Dam reservoir, the body of 5 other young men ages from 20-35 were also found.

On Friday, December 13, the body of another protester was discovered in the Karoon River in Ahvaz.

Local reports throughout Sanandaj claim many have been buried in mass graves in Aban al-Maqdis, a Kurdish village on the outskirts of Dushan, 2 kilometers from Sanandaj.

The wide area is highly controlled by security cameras and no one is allowed to take pictures or any films.