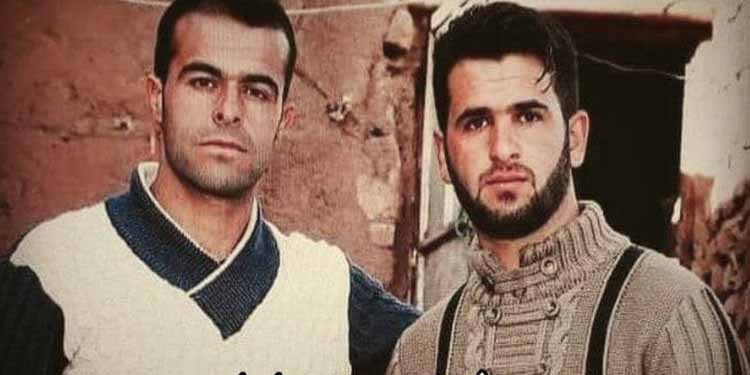 Iran’s security forces on May 28 shot and killed two Kurdish porters in the city of Khoy in West Azerbaijan Province.

According to the Kurdistan Human Rights Network (KHRN) the two men – Mohsen Darvishzadeh, 26, and Ebrahim Jordizaj, 29, along with two other men were carrying a load of cigarettes with horses.

According to eyewitnesses the porters known locally as kolbars, surrendered after being ambushed by the state forces and lay on the ground. However, the state forces shot them at point-blank range, killing the two porters.

According to reports, the bullets hit the eye and neck of the two men and killed them. KHRN released images of the bloody corpses of the two.

Eyewitnesses said that the state forces left the corpses in that place.

Kurdish rights activists say Iranian security forces have shot and killed at least five porters and wounded six others in the past week alone.

Porters usually carry goods such as cigarettes, cloth, tea, and electronics on horseback or their own backs through the difficult mountains of western Iran. The practice is one of the only sources of income in Iran’s Kurdish northwestern regions, which are among the nation’s most impoverished.

Border porters include children, youths and the elderly. In addition to natural disasters such as avalanches and frostbite, or accidents like drowning in the river or falling into the valleys, they are constantly threatened by direct shooting of the state forces.

Last year, the tragic death of underage kolbar brothers, 14-year-old Farhad Khosravi, and 17-year-old Azad Khosravi, caused a national outrage, shedding light on the plight of Iran’s border porters. A picture of Farhad’s body, widely circulated on social media, shows that he had clenched his fists from the cold before his death.

There have been reports of several other fatal shootings of the porters by Iranian security forces this year.

In its annual report, Kolbarnews which covers the news about the porters said that at least 80 porters were killed in 2019 by Iran’s state security forces shooting, avalanches and frostbite, going on landmines and falling from mountains.

According to the report, 67 percent of the victims, were shot and killed by the state forces.

Undated video shows a group of porters running away while sounds of gunfire can be heard, in mountainous Hawraman region, western #Iran
The state forces shoot and kill porters without any legal implications and with impunity. pic.twitter.com/XJ9facdoae