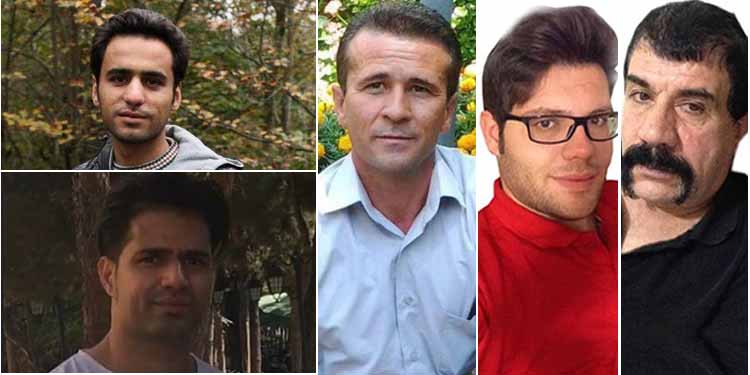 There have been several attacks on political prisoners in Iran’s jails in the past few days. The attacks were carried out by common prisoners incited and hired by prison authorities.

On Tuesday, August 4, in Evin Prison, several financial convicts attacked and brutalized prisoner of conscience Behnam Mahjoubifar and Behnam Mousivand without any justification. They threatened to kill the latter.

On Monday, August 3, in the Central Prison of Urmia, six inmates incited by the prison’s warden brutalized and wounded political prisoners Ebrahim Khalil Sadiqi Hamedani and his son, Salar.

Since the attack had been carried out on the orders of the prison’s warden and the internal manager, Amirbeigi, the wounded political prisoners were transferred to the quarantine ward, instead of the infirmary.

These two prisoners have been frequently harassed and brutalized during their time in prison. They have already contracted the coronavirus. Ebrahim’s condition became critical on May 27 but the prison authorities did not take any measure to provide them care and treatment. The two prisoners were abruptly transferred to the solitary cells of the IRGC Intelligence on Tuesday, August 4.

In another case on August 1, in Evin Prison, one of the inmates attacked and beat up Jafar Azimzadeh in Ward 8. The inmate convicted for sale of narcotic drugs is detained in a separate hall of ward 8 and had not had any previous contacts with Jafar Azimzadeh.

In the evening on the same day, another prisoner from another ward attacked Jafar Azimzadeh while he was walking in the yard in the outdoor time.

The Iranian regime is obliged to keep prisoners in different sections based on the severity of their crimes and their prior records.

In a recent example of attacks on political prisoners, in June 2018, political prisoner Alireza Shirmohammadali was murdered at the Greater Tehran Penitentiary after being unlawfully held in a ward with inmates convicted of violent crimes.