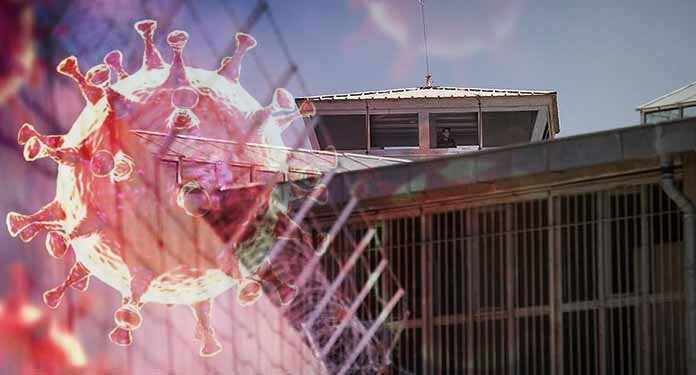 At least 20 political prisoners detained in November 2019 protests have been infected with OVID-19 in the Greater Tehran Penitentiary.
Limitations have been implemented for these prisoners in calling their families to prevent the news from leaking out.

These prisoners who are held in the prison’s Section 2, have been experiencing symptoms such as fever and chills, dizziness, body aches, headaches, diarrhea and severe vomiting since Thursday, November 29.

Instead of providing medical care, the prison authorities are trying to hide and cover up the issue by closing the halls, cutting off the air and cutting off phone lines.

Amir Hossein Moradi, a political prisoner who has been sentenced to death on a false murder charge, was transferred to prison’s clinic after his condition worsened.

Twelve other prisoners were taken to the clinic on Friday but prison doctors returned them to the ward without any particular medical attention. The prisoners have remained untested for COVID-19 and only received ordinary cold pills.

The regime and its prison officials have failed to provide even the most basic health and care facilities for prisoners and refuse to grant them leave or temporary release amid the pandemic.

Iran Human Rights Monitor has repeatedly warned about the spread of the virus among the prisoners.
Iran HRM has also stressed the need to send an international fact-finding mission to visit prisons and meet with prisoners, especially political prisoners.

The Iranian regime’s prisons and detention centers were one of the most vulnerable centers of the coronavirus due to the criminal negligence of the regime’s officials.

The repressive policies of the regime and the lack of adequate sanitation and population density were major drivers of the widespread and rapid spread of the virus in these prisons, which has now threatened the lives of thousands of prisoners.