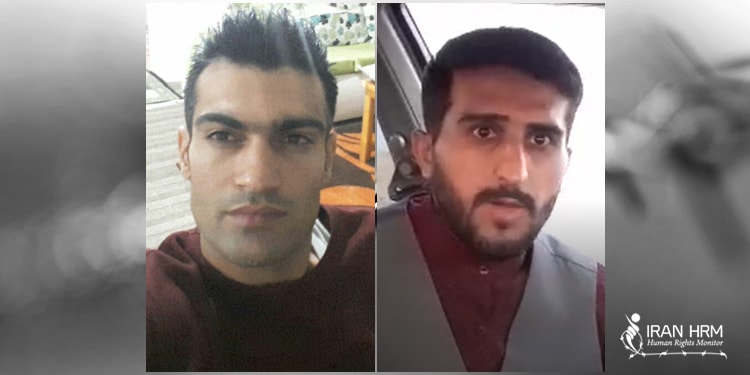 Political prisoners Mehran Qarebaqi and Majid Khademi have been incarcerated in the Prison of Behbahan since a year ago.

Agents of the IRGC Intelligence arrested them on January 18, 2020. They were under interrogation for one month, and subsequently transferred to the Prison of Behbahan.

The public and Revolutionary Prosecutor of Behbahan arraigned them with charges of “propaganda against the state,” “complicity in destruction and setting fire to public property,” “participation in disturbing public order,” “participation in making civilian incendiary material” and “membership in an opposition group (The People’s Mojahedin Organization of Iran (PMOI/MEK) and corruption on Earth.”

The bail bond set for each of them is 3.5 billion Tomans. Their case has been referred to the Revolutionary Court of Mahshahr and is pending review.

Mehran Qarebaqi had a former case with the Revolutionary Court for “insulting the supreme leader” and “propaganda against the state.” He had been sentenced to 3 years in jail for these charges.

Mehran Qarebaqi and Majid Khademi are both 29 years old and residents of Tilekoohi village near Behbahan, in the southwestern Khuzestan Province.

In May 2020, the PMOI announced that the Ministry of Intelligence and Security (MOIS) and the IRGC Intelligence Organization had arrested and summoned large numbers of young activists, especially its supporters including Mehran Qarebaqi and Majid Khademi.

Those arrested were subject to several hours of interrogation, torture and physical and mental pressure.

Iran Human Rights Monitor calls on the UN Secretary-General, the UN High Commissioner for Human Rights, the Special rapporteur on human rights in Iran, and other human rights organizations to pressure the Iranian regime to allow an international delegation to visit Iranian prisons and meet with political prisoners.