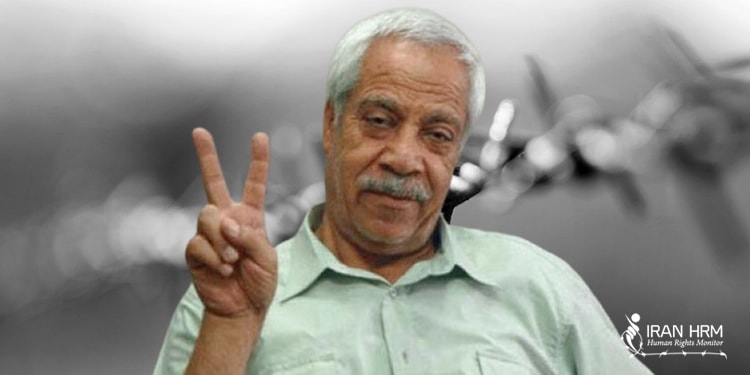 The health of Hashem Khastar, a teacher detained in the Central Prison of Mashhad, is critical but he continues to be harassed in prison. Mr. Khastar, 67, is under a lot of pressure and detained in difficult conditions. He suffers from high blood pressure and needs to be treated as soon as possible. But prison officials not only refuse to release him but have increased harassing and pressuring this old teacher.

“Mr. Khastar’s blood pressure is very high. Last week, his blood pressure reached 17 despite taking his medications,” an informed source said adding, “Presently, he is forced to take his tablets every 8 hours instead of 12 hours. But prison authorities have not taken any measures to provide treatment and save his life. Mr. Khastar suffers from various illnesses. He must receive treatment and rest in a clam place without stress. But prison guards do things that make the conditions more stressful for him.”

One of the restrictions on this prisoner is that his calls are controlled. Every time he calls his family, a guard stands right in front of him. If he wants to speak or ask about issues which are not family issues, the guard disconnects the phone. If his family speaks about news, the guard disconnect the phone. For this reason, Mr. Khastar cannot call his family on holidays, because there is no guard to control his calls.

Mr. Khastar and 13 of his friends were arrested by agents of the Department of Intelligence of Mashhad at the start of a gathering on August 11, 2019. The gathering had been held in support of a freedom-loving professor, D. Jafari, who had been sentenced to 13 years in prison.

The 14 detainees were held in solitary confinement in the detention center of the Department of Intelligence for a long time. In February 2020, they were sent to the Central Prison of Mashhad (Vakilabad Prison). They underwent lengthy interrogations. Their first trial was held on January 18, 2020. Mr. Khastar received a 16-year prison sentence, 3 years of ban from leaving the country, and three years of exile to Nikshahr, a small city in Sistan and Baluchistan Province.

He was also sentenced to 2 years and 148 lashes in a second trial on July 18, 2020, but the punishment was suspended for him for three years.

Hashem Khastar was deprived of having access to his lawyers throughout his prosecution.

Mr. Khastar’s dossier says he has been imprisoned because his family do not afford to pay his bail. This is not true and his family have declared their readiness to pay the bail, but judiciary officials do not allow this.