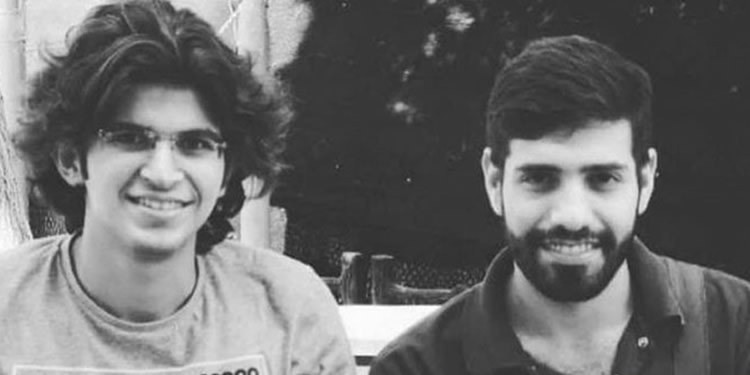 A court in northern Iran has sentenced two student activists to a total of 72 lashes.

The Shahroud Criminal Court has sentenced 25-year-old Milad Nazeri and 26-year-old Seyed Shabir Hosseini Nik to a total of 72 lashes for their social media posts.

The two activists are students at Shahroud University of Technology Central Campus in northern Iran.

According to the verdict which was initially issued on December 29, 2020, the two student activists were sentenced to 36 lashes each for “participation in spreading lies with the intention of disturbing public opinion through the Telegram channel of the University’s Student Association”.

Mohammad Ali Kamfiroozi, the lawyer of the two student activists, in a tweet said that the sentence had been finalized in recent days.

He said their case has been ongoing for three years.

According to Mohammad Ali Kamfirouzi, the lashing sentence was finalized despite the fact that after three years, they were not officially charged, and it is not clear what “lies” were spread by the students.

Kamfirouzi also implied that this case seems to be fabricated by the Islamic Revolutionary Guard Corps (IRGC) and carried out by the Judiciary.

Their lawyer also added the punishment of lashes does not apply to posting criticizing materials or lies in a Telegram channel.

At least 13 flogging sentences have been issued this month by the regimes judicial system.

On April 15, state-run media reported that eight people including one woman were sentenced to lashes by Iran’s Judiciary.

On April 8, Jailed social media activist Zohreh Sarv was flogged 74 times before going on leave. The 35-year-old activist was lashed 74 times, despite the lashing sentence having been altered to a fine which she had paid for.

On April 4, five members of the Islamic Council in Tehran’s Parand city were sentenced to lashes by the Public and Revolutionary Court of Robat Karim County. They were charged with economic crimes and transferred to the Greater Tehran Penitentiary.