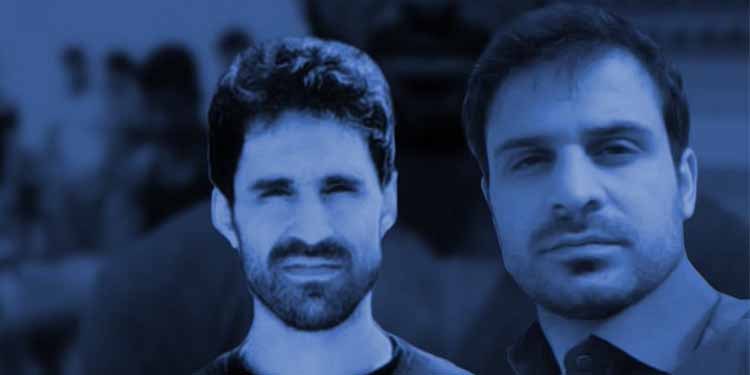 Plainclothes agents beat and brutalized the Afkari family when they gathered Sunday outside the Adelabad prison in Shiraz to protest Vahid and Habib’s conditions in solitary confinement for 280 days.

Saeed Afkari, brother to executed wrestling champion Navid Afkari tweeted Sunday that plainclothes agents attacked his family and other civil activists who had gone to the prison to protest the imprisonment of his other two brothers.

Saeed Afkari wrote in his tweet: “Today my family and friends went to protest the 280th day of my brothers in prison. Plainclothes agents attacked my mother, sister, father, aunts and others; confiscated their phones. My sister and a lady were arrested for a few hours.”

“My father was protecting my sister Elham. Agents took my father away and five female agents who wore chadors attacked Elham, handcuffed her & dragged her on the ground into a van. Elham’s neck and arm are hurt. My mother and aunts have also been severely beaten,” Saeed Afkari said in another tweet.

Vahid and Habib Afkari were arrested in 2018 for taking part in peaceful protests in the southern city of Shiraz.

The brothers have been kept in the “Ebrat” or “Cautionary” section, since September 2020, when their younger brother Navid was executed. The Ebrat Section is also known as the “closed off” section where inmates are not allowed to communicate with the outside world.

Both were subjected to severe beatings and torture to make false confessions against themselves.

Their brother Navid Afkari was executed in secret on September 12, 2020. Since then, the brothers have been held in solitary confinement cells.

Prison authorities are denying them access to contact with other prisoners, fresh air, telephone calls and face to face family visits. They are also being denied medical treatment, including for torture-related injuries.

In an audio message smuggled out of prison, Vahid Afkari said he was tortured and fears he will also be executed.

“I can only depend on reason and the law,” he said. “There’s no other way to save my life. People of Iran, I’m innocent!”

The torture and other intimidation tactics imposed on the brothers to extract “confessions” from them have been so intense that Vahid Afkari has attempted suicide twice.

The Afkari brothers’ family members have stated that Vahid and Habaib were subjected to various forms of psychological torture while being severely restricted from having contact with their relatives during visitations. Prison authorities have also denied the family’s requests for information about the brothers’ health.

In April 2021 two senior officials speaking on behalf of Judiciary Chief Ebrahim Raisi offered the Afkari brothers freedom after serving one year in prison if they admitted to committing murder or face execution.

In a series of tweets on April 28, 2021, Saeed Afkari said the two were being psychologically tortured because the authorities are “afraid the truth will be revealed.”

“The judiciary is also harassing friends and relatives who have expressed condolences to the family (for Navid Afkari’s execution) and has been fabricating cases against them,” Saeed tweeted.

The Iranian judiciary and State Prisons Organizations are legally responsible for the health and safety of the Afkari brothers.

Political prisoner was attacked after being held with violent criminals