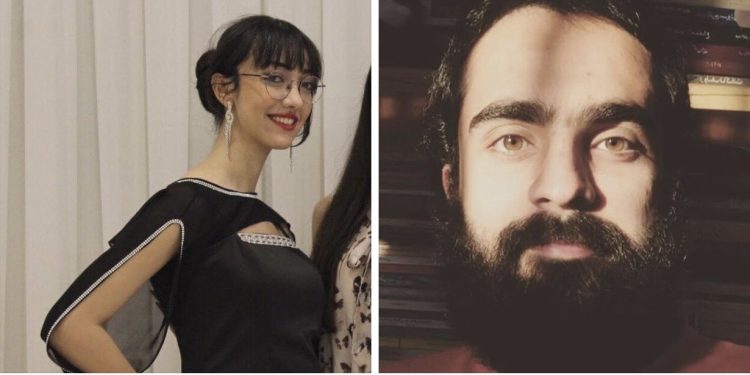 A few days after the arrests of Dorsa Dehghani and Sina Kamali, some news sources and social media users, reported that security forces have pressured the two Baha’is to make a forced confession.

The two Baha’i citizens were arrested separately by security agents in the southwestern city of Shiraz on June 14 and transferred to an unknown location.

Baha’i citizens Sina Kamali Sarvestani and Dorsa Dehghani were arrested Monday by security forces in Shiraz and taken to an unknown location.

Sina Kamali was arrested by IRGC intelligence agents in front of her home and taken to an unknown location. Prior to his arrest, officers searched his home and confiscated some of his personal belongings.

Dorsa Dehghani was arrested that evening by IRGC intelligence agents at the city’s train station and taken to an unknown location. After the arrest, the security forces took her to her home and confiscated some of her personal belongings.

Judicial authorities have not yet announced the reason for the arrest of the two Baha’i citizens.

Sina Kamali and Dorsa Dehghani have only had brief telephone conversations with their families during which they informed the families that they are being interrogated and are under psychological and physical pressure.

According to informed sources and friends of the two Baha’is, they are have been in the custody of IRGC intelligence and are under intense pressure to make a forced confession. Their families have been threatened with a heavier case if they do not remain silent.