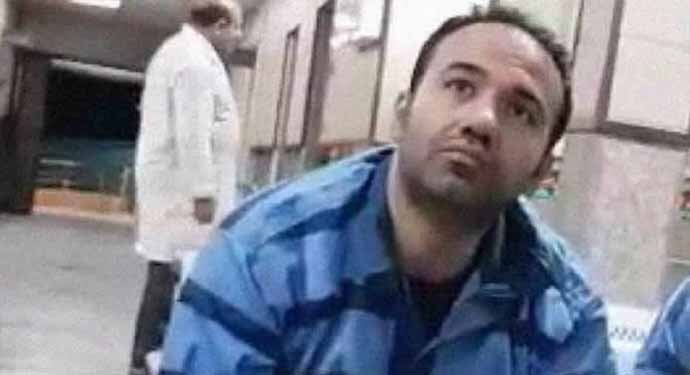 Political prisoner Soheil Arabi has been sentenced to two more years behind bars.

Branch 26 of the Revolutionary Court of Tehran has sentenced Soheil Arabi, a political prisoner held in Rajai Shahr Prison, to two years in prison and 5 million tomans fine for “spreading propaganda with the intention of disturbing the public opinion.”

According to the indictment, as additional punishment, Mr. Arabi must get permission for the duration of two years from a judicial authority to travel abroad, must present himself to court seasonally for two years and his cellphone will be confiscated.

Mostafa Daneshjoo, Soheil Arabi’s lawyer, also confirmed the news on Twitter, saying that he will appeal the verdict.

The blogger and civic activist, has been serving multiple prison sentences since 2013 in connection with his social media posts and protests inside prison.

Soheil Arabi was initially sentenced to death for “insulting the Prophet” in comments he posted on Facebook that were critical of the Islamic Republic of Iran and some senior officials.

Upon appeal his sentence was reduced to seven and a half years in prison and two years of religious studies to prove his repentance, as well as a two-year ban from traveling abroad.

In October 2018 he was sentenced to three more years behind bars, increasing his total term to 10 years, for engaging in peaceful activism inside the Great Tehran Penitentiary where he was being held that time.