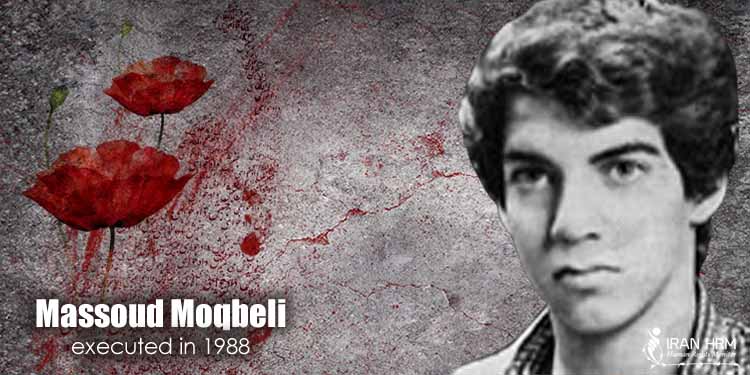 Abolfazl Massoud Moqbeli was born in 1962 in Tehran.

He grew up in an art-loving and artist family. His father, Ezatullah Moqbeli, was one of the most famous figures in theater, cinema and dubbing in Iran.

Massoud became acquainted with the People’s Mojahedin Organization of Iran in 1979 and began his activities in the Association of Muslim Students at Javidan High School in Tehran.

He was arrested a few months after the peaceful demonstration of PMOI supporters in Tehran on June 20, 1981. Moqbeli then was transferred to the infamous Branch 7 of the Revolutionary Prosecutor’s Office in Evin where he was severely tortured.

Massoud Moqbeli was eventually sentenced to 15 years in prison. He was under double pressure in prison because of his father’s reputation.

According to one of his cellmates, Massoud suffered from leg pain due to the severe tortures in prison. He was scheduled to undergo surgery on his leg several times.

Due to his father’s efforts, he was supposed to be given sick leave, but the interrogators did not allow him and prevented him from surgery just because he did not comply with the agents’ request to cooperate with the clerical regime.

Massoud Moqbeli was executed in the summer of 1988 despite the fact that he was serving his prison sentence.

A few months later, his father, Ezatullah Moqbeli, died of a heart attack on January3, 1989, at the age of 55.