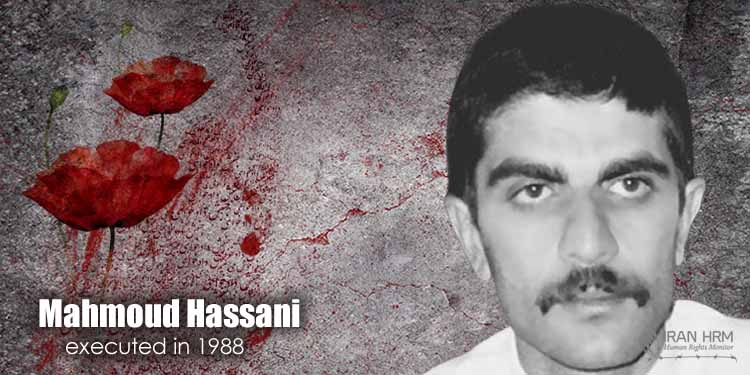 Mahmoud Hassani was born in 1964 in Shahrood, north Iran.

After high school he was accepted in Tehran university in Economics. In 1981 Mahmoud learned about the People’s Mojahedin Organization of Iran (PMOI/MEK) and started supporting the opposition group by entering in politics. He became an active member of university of Tehran student branch.

He was arrested in 1981 and sentenced to 10 years in prison.

In prison (where there was no access to the PMOI resources), he was famous as “PMOI’s Bank Information” among the prisoners, for that any question there was an answer in his good memory.

One of his cellmates said, in September 1981he was with Mahmoud in one cell in Evin prison. One night at around 8pm they called Mahmoud and at 9pm we could hear executions by firing squad and the number of single shots by the squad’s officer.

Mahmoud came back at 10pm but he was very disturbed and his face red disheveled and upset. He explained to us that his mother was relative to Assadollah Lajevardi (then prosecutor of Tehran known as the butcher of Evin prison), and that night Lajevardi told him that your mother requested your freedom, but your freedom is subject to be part of firing squads and single shots of other prisoners.

Mahmoud refused and Lajevardi didn’t agree to release him.

He was among the first 60 prisoners who were executed during the massacre.

Revolutionary guards warned his family of no religious ceremony or any advertisement or speeches in memory of his death when they bring the news of his execution to them.