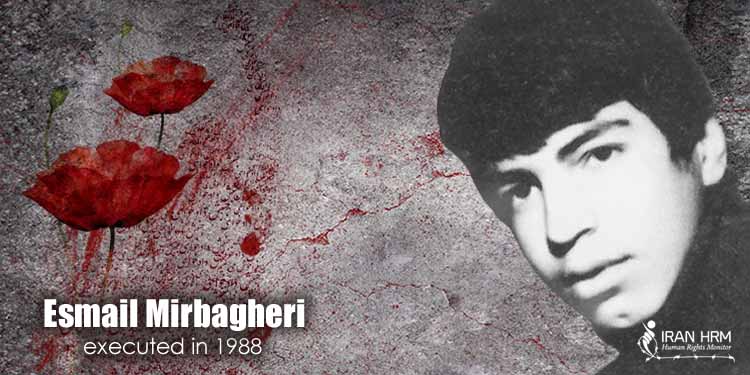 Esmail Mirbagheri Tabatabai was born in 1959 in Herazjan, Iran. In 1978 during the revolution against monarchy when he was only 18, he learned about PMOI.

He was a physics student in the university of Tehran when he started actively involved in students’ movements manifest of political phase (during 1980-1981 Iran).

He was arrested in 1981 for those activities and was sent to prison. For 2 years he was tortured to give information about other activists, but he did not release any information. He was sentenced for 2 years and released in 1983 but the pains and marks of tortures were still on his back and on his feet.

He was able to connect to PMOI immediately after his release from prison, but they arrested him again in 1983 along with his friend Ibrahim from Mashhad.

He was interrogated, tortured, and sentenced to 12 years in prison.

Esmail Mirbagheri faced Death Commission at the age of 29. Death Commissioners ask prisoners only a few questions. ‘Are you still believe in your ideas and believes?” Ismail answered “yes”.

Ismail was hanged during the 1988 massacre.