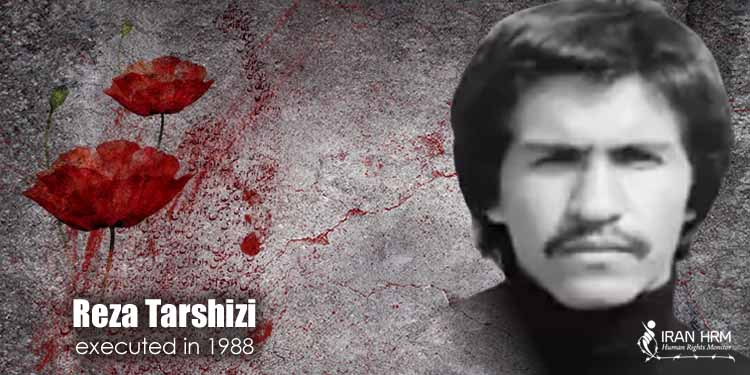 He was a member of the Muslim Students Association when he was studding architectural design at Meli University of Tehran.

His parents knew he was in prison, but the prison authorities refused to give them any information about their son.

They were suffering for four and a half month asking prison guards to let them visit their son.

After four and a half months they visited him in prison. During the visit, Reza told his family that he had been sentenced to seven years in prison.

After seven years in prison the authorities refused to release Reza.

Reza’s father met with a then official (Mohaghegh Damad) asking him to free his son. Mohaghegh told the father that his son must repent and renounce his believes to be freed.

He then asked his son in prison why don’t you repent to be freed?

Reza replied, “the only condition for release from prison is repentance. They told me that I must prove that my repentance is real. One way to prove it is to shoot prisoners who did not repent, and I cannot do this.”

Mohegh Damad was one of the authorities who himself had hands in the 1988 massacre.

Reza’s father again begged Mohegh Damad to release his son arguing his sentence has been over.

But a few days latter someone from the prison called and asked Reza’s father to meet them in prison. He thought his son is getting freed, but they gave a bag of Reza’s stuff. He could not believe it! He asked, “Did you executed my son after he completed his sentence?”

Reza Tarshizi was executed during the 1988 massacre. He was buried in Behesht Zahra cemetery in Tehran.

Most of the victims of the 1988 massacre were serving prison terms issued years earlier. Some had already completed their sentences and were due to be released.