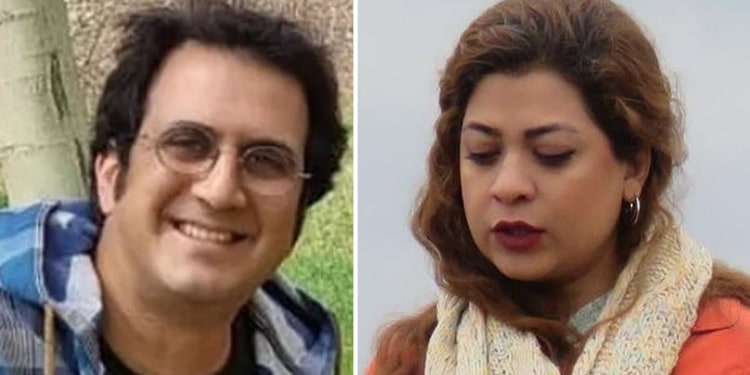 A revolutionary court in Shiraz has sentenced two Baha’i citizens to prison and ban on leaving the country.

Soroush Abadi and Kiana Shoja’i, Baha’i citizens living in Shiraz, were each sentenced by Branch 1 of the Revolutionary Court to 3 years and 3 months in prison and a 2-year ban from leaving the country.

Baha’is are a religious minority rejected and persecuted by the clerical regime who also controls the courts and most other state institutions. Hundreds of Bahai’s have been arrested over the years and many spent years in prison.

If this sentence is upheld on appeal, Mr. Abadi will face a maximum sentence of 31 months and 16 days in prison.

Thirty months of the prison sentence against Ms. Shoja’i has also been suspended for 5 years.

Under article 134 of Iran’s penal code, which went into force in 2014, each defendant will only serve the harshest sentence among all, but the sentencing pattern suggests a significant increase in the criminalization of free speech and peaceful assembly.

According to the verdict issued by Branch 1 of the Revolutionary Court of Shiraz, presided over by Judge Mahmoud Sadati, the two Baha’is were sentenced to 31 months and 16 days of imprisonment and 2 years of ban on leaving the country for “membership in dissident groups to disrupt national security”.

They were sentenced to 7 months and 16 days of imprisonment for “spreading propaganda against the regime of social media.”

The Ministry of Intelligence accused them of holding a Baha’i ceremony to overshadow the Shiite annual Arbaeen event.

The Baha’is planned to celebrate the birthday of one of their faith’s primary figures; the state-run Mehr News Agency cited the head of the intelligence department as saying in the province of Fars.