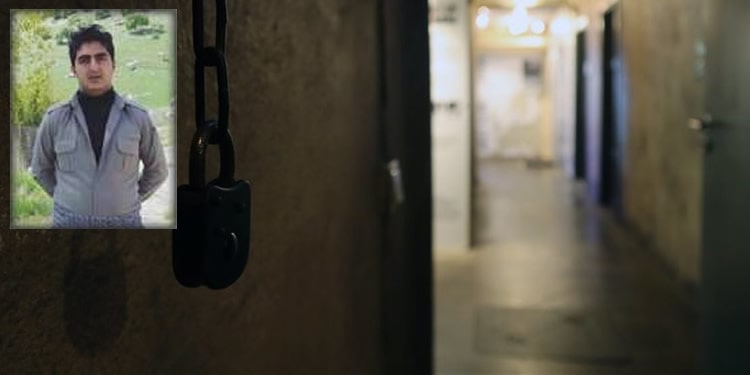 Numerous accounts of the horrific torture to force prisoners to confess have been published so far, including the tortures that the Afkari brothers endured and led to the execution of wrestling champion Navid Afkari.

Such torture and inhumane treatment have never been portrayed on any camera, even in recent leaked videos from Evin Prison.

Pouya Hossein Panahi, one of the relatives of Kurdish political prisoner Ramin Hossein Panahi who was executed in 2018, was arrested when he was under 18 years old without committing any crime.

Prison officials wanted to force him to confess to membership in a Kurdish group, and for this purpose he was subjected to torture and mock executions.

In a letter to a human rights activist, Pouya Hossein Panahi detailed the tortures he endured in prison.

Following are excerpts from the letter in which Hossein Panahi describes the torture he endured in prison;

“In 2015, when I was 17 and until then I was even afraid of the police, I was arrested by the Revolutionary Guards in Tehran on charges of collaborating with a Kurdish group, and ten days later I was transferred from Tehran to the Sanandaj intelligence office.

“I was taken to the interrogation room, and after asking a few questions, they started torture. I was sent to solitary confinement. For the first time at a young age, I was dealing with intelligence agents and my whole body was trembling with fear,” he added.

“The interrogation began the next night; They asked me, “Which Kurdish group do you cooperate with and engage in political activity?” I said that I was working as a motorbike courier in Tehran when you arrested me and that I had nothing to do with political groups.

But they did not listen. I was then subjected to the most severe forms of torture. I was taken to the basement, where several men beat me to the brink of death. I fainted a few times, but they poured water on my head to wake me up, and the torture and beatings started again.”

Holding the prisoner with violent criminals

Iranian authorities endanger the lives of political prisoners by holding them together with violent criminals.

Pouya Hossein Panahi said that authorities pressured him by incarcerating him alongside dangerous criminals.

He said: “A few days later, I was taken to a cell where two other prisoners were being held. One of them was guilty of collaborating with ISIS and the other was a Salafi. They introduced themselves as Diaco and Shouresh from Saqez and Sanandaj respectively. It was clear that they were lying and that they were both hired by the Ministry of Intelligence.

The mission of these two people, for which they clearly took money, was to intimidate me so that they could force me to confess.

They attacked and beaten me under any pretext. My face was scarred when they took me for questioning. The interrogator laughed when he saw me and said: “Do you enjoy it? You should ‘confess’ and save yourself.”

Then that night I did not eat or drink for 5 days, until I was sent back to my cell where I was before. They gave me a phone once to call my family, but during that time I was under so much mental and physical pressure that I could not remember any number to call.”

Pouya Hossein Panahi explained how he was subjected to mock executions to make forced confessions.

“One night they took me out of the cell and put me in the car. They took me near our village and told me: “Say goodbye to your village because you will not see here again.” After a few minutes, they put me in the car again and returned me to the IRGC intelligence. They had prepared a noose there and said they wanted to execute me. They said Pouya, do you have a will? I was scared. I confessed to the crimes I did not commit.”

Prison sentence based on forced confessions

Hossein Panahi said that he was sentenced to prison based on forced confessions.
“After all these torture and harassment, I was sent to Sanandaj prison. I was taken to the Sanandaj Revolutionary Court after a few days. Judge Saeedi sentenced me to one year in prison and five years suspended imprisonment without any question and without letting me say a word.”

The prisoner was released from prison after completing his unjust sentence.

Over the past four decades many prisoners have been sentenced to long prison terms or even executed based on forced confessions and trumped-up charges.