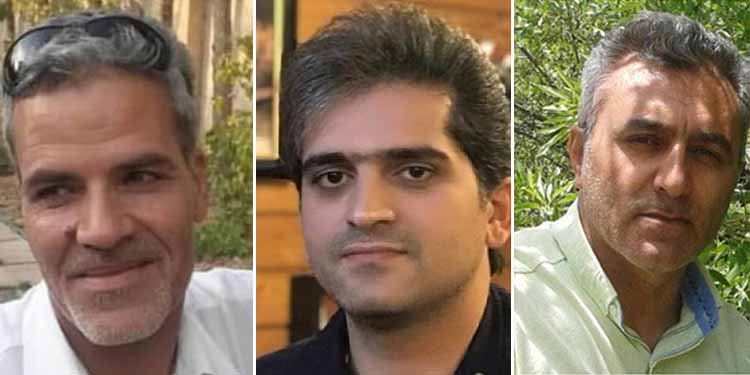 With Iran’s new academic year, beginning on September 23, 2021, several Iranian teachers are imprisoned solely for peacefully exercising their human rights, including through their peaceful activism.

More than three weeks after the arrest of the Chemistry teacher Gholamreza Gholami Kandazi, he remains in a state of uncertainty in Adelabad Prison in Shiraz.

He was arrested by security forces on September 8 and taken to an unknown location.

He was held in solitary confinement for some time and was transferred to Adelabad Prison after the end of his interrogation. The prosecutor has set a heavy bail for his temporary release. Since his family do not afford to pay the bail, his illegal temporary detention has continued.

Mr. Gholami Kandazi is a teacher union activist in Fars province who is about to retire after 30 years of service.

Mehdi Fathi, another trade union activist in Fars province, was violently arrested on September 14.  He has had only a brief contact with his family since he was arrested.

Authorities have denied him medical treatment despite his heart condition.

Mr. Fathi must be seen by a specialist doctor and undergo heart surgery soon.

The teacher’s rights activist was arrested in the city of Pasargad in 2020 after exposing the financial misconduct of several local and religious officials, and was sentenced to 14 months in prison and a fine in a court of first instance. The teacher was arrested while the outcome of his retrial has not yet been announced.

Judicial authorities in Iran have not yet announced the reason for his arrest.

He is currently being held in quarantine at Rudsar Prison.

In one of his first decisions after being elected president in June 2021, conservative President Ebrahim Raisi blocked an increase in teachers’ salaries that had been approved by the previous government.

Masoud Mirkazemi, the head of the Plan and Budget Organization said that the increase would have been “very difficult” to implement given the current massive budget deficit.
In response, Iranian teachers staged protests, but the regime reacted by intimidating and imprisoning teachers’ activists.