Father of three sentenced to flogging for theft of cashews 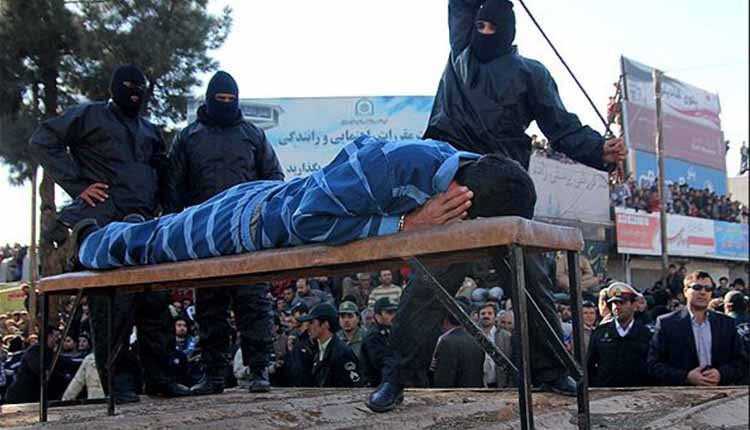 A public flogging in Iran

According to a lawsuit a picture of which has been published in recent weeks by a faculty member at the University of Tehran, the criminal court sentenced a father of three small children to 40 lashes and prison for stealing three packets of cashew nuts, among other punishments.

The Iranian regime is one of the few states that still uses banned corporal punishments including flogging and amputation even though all international civil and political rights conventions have prohibited the use of inhumane punishments.

Under Iran’s criminal laws, more than 100 offenses are punishable by flogging. They include theft, fraud, and drinking or selling alcohol, as well as moral crimes such as kissing in public, homosexual acts, and sexual relationships between unmarried men and women.

In addition, flogging in Iran is regularly handed out by the regime to protesters, dissidents, and to those charged with adultery and theft, among other things. Flogging is a cruel and degrading punishment and is tantamount to torture.

The man has been sentenced to flogging for theft of cashews while regime elites continue to steal million of dollars and live lavish lifestyles while 80% of Iranians live under the poverty line.

Iran’s crumbling economy has changed the lives of Iranians, who suffer just to make ends meet. According to a state-run report, a third of Iran’s population were living in absolute poverty in 2020. This is a 38% increase compared to 2019.

According to the state-run Donyay-e Eghtesad on October 4, “official surveys show that the number of poor people has almost doubled from 2012 to 2019. During this period, 4 million people have been added to the poor, and the rise in poverty line has increased from 6.4% to more than 12%.”

On October 17, the state-run Mardom Salari daily also confirmed that “Salaries are far less than the inflation rate. Thus, the large part of society, with the rising living costs and their fixed salaries, has fallen under the poverty line.”

The state-run Kar-o Kargar daily on September 21 said “A 39% increase in salaries in 2021 will cover only 37 percent of the people’s cost of livelihoods. A worker’s salary of 4 million tomans covers only ten days of the month, and after that, the workers barely make ends meet until the end of the month. They have to remove many of the basic expenses from their lives.”

Tortured woman attacked by prosecutor instead of abusive husband